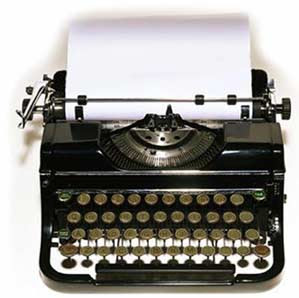 Thursday. A good day to talk about good writing. (When is it not?) Or, at least, what I consider to be good writing. As we all know I am a very opinionated old codger, so the samples I put forth can be viewed askance if you so wish. I don't ask that you agree, but if you disagree, give me good reasons why. I probably won't change my mind, but it will make for lively discussion.

Of course, it's difficult to judge writing out of context, but I think the following excerpts give us the flavor of style of three very different authors - Martha Grimes, Robert B. Parker and Jasper Fforde - writing three very different sorts of books.
In the first sample from Martha Grimes, I love how she lingers and gives us specific word pictures of the slightly peculiar little storybook English country town which shows up in most of her books. You might almost think you were reading a cozy from this example, but let me assure you, you are not. It's just Grimes being quirky. I love it when she goes off on one of her rambles and lulls you into thinking the world of her books is not as dark as it really is. This is also her way of draping one of her protagonists, Melrose Plant, in the raiment of surroundings which seem so out of time, so different from Richard Jury's, the Scotland Yard cop who lives in a flat in London. 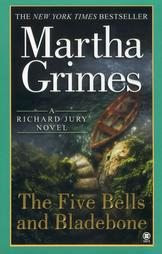 THE FIVE BELLS AND BLADEBONE by Martha Grimes

They were enjoying the sublimity of a fine spring morning, drenched in the scent of hundreds of roses - tea, musk, perpetual; bedding, climbing, hedging; claret, crimson, lavender, coral, yellow; climbers cascading down brick walls and climbing up them; floribunda hedging the walk...
The dogs and cats they had passed were all sprawled in various states of drunken delight, the effect of roses, the sun, the glittering air, as if Melrose's old dog Mindy were back there at Ardry End beaming out signals to sleep, sleep, sleep.
Miss Crisp's Jack Russell, which usually took its naps on a weathered chair outside her second hand shop, had struck out on its own from the High Street, looking for action round the duck pond. But it was now collapsed by the small stone pillar atop which sat Miss Broadstairs' oafish gray cat, itself too lazy to do anything other than lie with its face against the warm stone, its paws dropped down the pillar. All dreaming of roses... 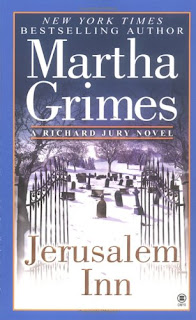 The dining room had mullioned windows of rose and amethyst glass, was oak-paneled and candlelit and in its mingling of tones, seemed to throw over the diners a fine patina of burnished copper. Thus the voice of Susan Assington was like a scratch upon this lovely surface. "I think," said Lady Assington, "we should have a murder."
She looked up and down the dinner table, crowded with polished plate and polished crystal and tarnished conversation. "I mean," said Lady Assington, tapping a silvery nail against her wine glass, "it's just too perfect."
Having captured the the entire table for the first time - and they were already on dessert - she was breathless for a response. Melrose, seated to her right asked politely, (when no one else took her up), "Why is that?"
"Why, here we are, snowed in! Just the sort of thing to bring one's nerves to the boiling point - "
Lady Assington was not one to worry over her metaphors, thought Melrose.

The following sample by the late Robert B. Parker is from an early Spenser book. The scene is one in which Spenser faces down the dangerous Boston crime boss Joe Broz. 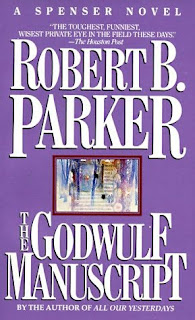 THE GODWULF MANUSCRIPT by Robert B. Parker

Broz sipped a little of his drink, put it down on the bar, and swung fully around towards me, both elbows resting on the bar.
"I have been told," he said in a deep voice that had the phony quality you hear in an announcer's voice when he's not on the air, "that you are a wise-ass punk. Apparently my information was correct. So let's get some ground rules. You are here because I sent for you. You will leave when I tell you to. You are of no consequence. You have no class. If you annoy me I will have someone sprinkle roach powder on you. Do you understand that?"
"Yeah," I said. "I think so, but you better give me a drink I feel faint."

This last sample is from the second book in Jasper Fforde's Nursery Crime Unit series. It is the opening paragraph. 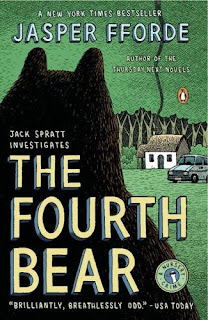 The little village of Obscurity is remarkable only for its unremarkableness. Passed over for inclusion into almost every publication from The Domesday Book to Thirty Places Not Worth Visiting in Berkshire, the hamlet is also a cartographic omission, an honor it shares with the neighboring villages of Hiding and Cognito. Indeed, the status of Obscurity was once thought so tenuous that some of the more philosophically inclined residents considered the possibility that since their village didn't exist, they might not exist either, and hurriedly placed "existential question of being" on the parish council agenda, where it still resides, after much unresolved discussion, between "church roof fund" and "any other business."
Opinons? Or how about some examples of your own favorites?
Posted by Yvette at 2:17 PM