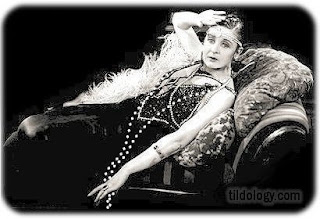 If you hang around the Internet long enough you eventually realize that there is NOTHING new under the sun, IF there EVER was. It's all been done before, just under a different name.

(Not that it helps so damn much to know that.) You eventually realize, as well, that you (by that I mean ME) are not as smart as you thought you were. Hardly world-shattering news.
For me, this whole blogging experience has been, so far, a kind of hurricane-strength whirlwind. Everyday I make some new discovery just when I thought well, that's it then, my blog list is complete, now I can spend some quality time REALLY studying some intriguing stuff.
Nope. It ain't happening. Because, obviously, I have no self-control. I go from link to link to link thinking well, this sounds interesting and this sounds interesting and well, this too sounds interesting. I'll just take a peek. Of course, it's a Pandora's Box. (There's NO such thing as JUST a peek!)
Everything is rushing at me at a hundred miles an hour and I realize now I should never have opened the damn box in the first place. But when my daughter showed up at my front door several years ago, lugging a computer which I kept insisting I didn't need, did I forbid her entrance to my house? When she kept insisting that, yes, indeed, I NEEDED a computer, that I would grow to love it, did I demur? Well, yes. I kept saying no, no, no. She kept saying yes, yes, yes. (Like in the end of that film, COLOSSUS: The Forbin Project.)
Somehow, she won. Logic went out the window.
She hooked the damn thing up, programmed it so that a four year old could work it (though today's four year old is probably well ahead of the game) and showed me the barest minimum of what to do.
She then left me there alone with my curiosity and this...this 'machine' I had no interest in.
Well, fast-forward several years later, here I am, by some weird series of events: a blogger. (Old enough to know better, but: a blogger.)

What's done is done. There's no going back. So, how to manage all this?
What on earth possessed me to think that books were my forte?
Let me tell you, I thought I was pretty well read before I began my blog. HA! I know NOTHING! I am a neophyte! There are graveyard acres of dead authors whom I have NEVER heard of, let alone read - books I've somehow overlooked in my years of almost constant reading. I am feeling quite intimidated. I am not a happy blogger.
What brought this on? Well you may ask.
Simply put: Lists, my friends, LISTS!
In the past few days I've come across lists, here and there, detailing ALL the authors I've NEVER read (well, okay, I've read some of them, but certainly not enough). And this is JUST in my own favorite, chosen genre: mysteries/thrillers. I'm not even going to mention all the so-called literary stuff I'm not familiar with, let alone read.
Oh how I wish I'd remained ignorant!! Ignorance was bliss.
Well, too late now. My literary ineptitude has made itself known to me. I am humbled.
Yeah, well, I won't go down alone. No sir.
Can't remember how I found Mystery Files, but through its annoying portals you will find list upon list of mystery books from various eras. Wonderful books, glorious books, most languishing unread by yours truly. (Though it did my ego some good to find that I was familiar with some of the author names if not so much, the titles. I mean, it wasn't a total blank.)
That's not all, not by a long shot.
Here's another of Mystery File's damn lists. How many of these titles have I read? Not nearly enough, let me tell you. And if that's not enough, here's another list. And guess what? Another.
I'm stopping now, after all, a person can only take SO much. But I'm sure if I dared continue, I'd find even more lists to ponder on this smarty pants blog. Oh, the ignominy!
How can this website be stricken, expunged from my memory now that I've uncovered it? How can I continue to make-believe that I've read EVERYTHING. Well, I exagerate, but you know what I mean.
Oh did I hear someone say: quality not quantity is what counts?
Yeah, right.
You check these various lists and see how many YOU'VE read. (And I mean YOU, not me.)
Obviously, there's only ONE solution, if I am to retain my sanity:
I'll just have to send A.J. over at Mystery Files, a list of my own making.
If you can't beat 'em, join 'em.
Posted by Yvette at 3:53 PM