The Death of Edgar Allan Poe 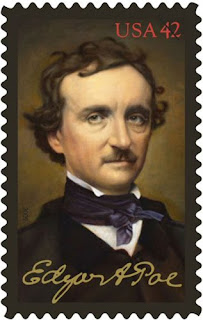 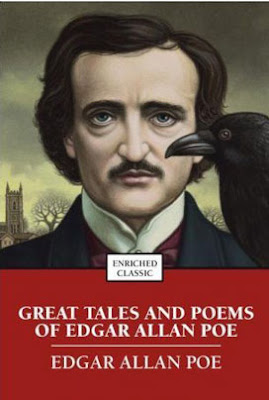 Today marks the anniversary of the sad death of American poet Edgar Allan Poe in 1849, at the age of 40. He was a prolific writer of poetry, gothic drama, satire, criticism and last, but not least, crime fiction. In fact, Poe is said to have invented the first 'official' fictional detective: Auguste Dupin. Dupin made his debut in the diabolical tale: THE MURDERS IN THE RUE MORGUE.

Dupin served as model for the later creations of Sherlock Holmes and Hercule Poirot, among others of this particular school of fictional detectives. Read more here. Dupin would appear in two other Poe stories: THE MYSTERY OF MARIE ROGET and THE PURLOINED LETTER. Read about the short stories here.
The Haunted Palace, seems a poem appropriate for the season. Read other Poe poems here.
Poe has always held a special place in my heart, most especially because while in school (at a very tender age), we were made to memorize and recite his poetry. (Ah, the good old days of public school (in NYC) when literature and poetry were revered and we actually learned a thing or two.) THE RAVEN and ANNABEL LEE and the one about the bells were popular, if I remember correctly. Some of the lines still linger, most are lost to memory. But I still retain affection for it though probably, at the time of forced memorization I was not as fond of the poems as I should have been.
Posted by Yvette at 10:11 AM