Snow White, We Hardly Knew You 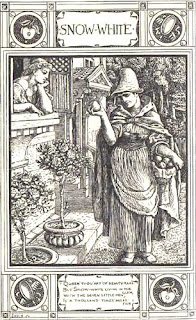 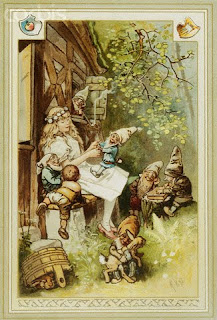 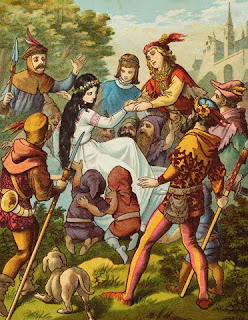 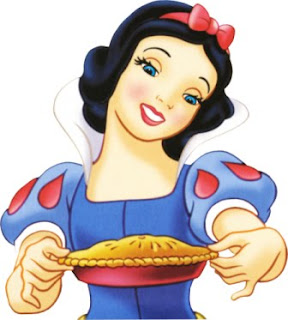 Though, it seems, at least according to this interesting post on The Smart Set blog from Drexel University, that the original Grimm Brothers fairy tale is nothing like the Walt Disney version we and our children are so used to. According to this piece, these folk tales were originally meant as a kind of soap opera soporific directed at the poor, literacy-challenged populace - adults. If any children happened to overhear the stories, oh well.
I didn't know that.
But on second thought, it makes some sense, I suppose.
I've also learned that the original Grimm tales (talk about an apropos name), were loaded with wretchedness, not to mention, downright butchery and gruesome vengeance. Hardly the stuff to go down gently with little kiddies on a Saturday afternoon at the movies.
It took Disney to gentle the tales and give new definition to the term: fairytale.
I prefer Disney's more lighthearted version.
Posted by Yvette at 6:10 PM