Spenser: To Be Continued by Ace Atkins...

Robert B. Parker
Well, as usual, I'm late to the show but what the heck. I've just learned that one of my favorite writers, Mississippian Ace Atkins, has not only signed on to continue writing the Spenser novels of the late Robert B. Parker but he has the first novel already written. How did I find out? By reading this post at The Rap Sheet which includes an interview with Ace.

I've read all of the Spenser novels except the last one - SIXKILL - the 39th, written by Parker who passed away early last year at the age of 77. I think of myself as a self-styled expert on Parker's novels. Not at all sure if I like the idea of the continuation of any author's work. i.e. never did like the Nero Wolfe novels written after the death of Rex Stout. But I do like some of the Sherlock Holmes books written (and continuing to be written) after Conan Doyle's death. 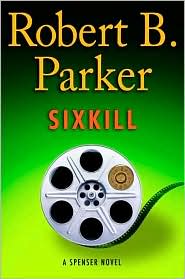 From the example of the Holmes books alone, I'm convinced it IS possible to do this sort of thing well. Anything's possible. I think the trick is not to try and copy completely the writing style of the deceased author. Nobody likes an imitation. As long as we, long time readers of the Spenser books, can pick up with Spenser where Bob Parker left off, that will be good enough. I hope that Ace will continue with Spenser in his own way and not try too hard to duplicate the Parker style. First of all, it can't be done - well, yeah, it could be done, just not well. Bob was an original. Bob is gone. He is not alive and writing. (Much as it saddens us.) Spenser is so much larger than life that I'm quite willing to go along with his adventures told from a slightly different point of view. From Ace's p.o.v.

Ace Atkins
All I can definitely say is that Ace is a helluva writer - I've read almost all the books he's ever written as well so I know whereof I speak. If anyone can keep the Spenser stories alive and kicking, it's Ace.

What do you think of all this?
Posted by Yvette at 8:09 PM