5 Best Books, This Week: Five Best Books That Take Place During A War

Another fun meme - at least for me. I've got to stop falling for these things. But I can't seem to help myself. I mean, fun is fun. Right? This is a new one on me. BEST FIVE BOOKS is hosted by Cassandra over at Indie Reader Houston. Check the link to see what books other bloggers have chosen to post about.

I tend not to read many books about war, per se, but I thought I'd take a crack at this week's theme anyway. If I wrack my brain enough I ought to be able to come up with something.

1) World War II - CRYPTONOMICON by Neal Stephenson.
Stephenson is the acknowledged King of Cyberpunk and this inventive epic of a novel set just before, during and after WWII proves it. Brilliant doesn't quite begin to cover a storyline with as many different facets as a cut diamond. By turns, implausible, grim, funny and startling, this book is also damn good story telling. I loved it.

2) Various wars - CROFTON'S FIRE by Keith Coplin.
A book - far as I know, the author's only book - which begins in 1876 at Custer's Last Stand and then takes the hapless hero, Lieutenant Crofton from an uprising in Cuba to the ghastly Zulu Wars in East Africa. A book about the growth of a man's conscience.You've probably never heard of it - there wasn't much done to publicize it when it was first published in 2004. I read it then and tried my best so spread the word about its brilliance - never for one moment does it read like a first time effort. It's like nothing else you've ever read. You know how when you first read a book and you're taken aback and can't quite settle yourself down because you want to run in the street and shout the news? Yeah, BIG praise. But that's how I feel about CROFTON'S FIRE. 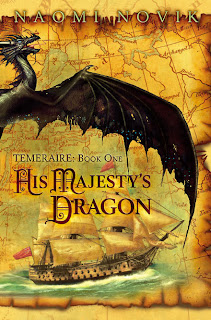 3) The Napoleonic Wars - HIS MAJESTY'S DRAGON by Naomi Novik
Fantasy, yes, but set in real time within a real war. The only difference is that the English have flying dragons at their disposal as does Napoleon and his French forces. Naomi Novik has an exceptional talent for invention and also for imaginative visual description of warfare. This is the debut novel in a continuing series which changed my mind about reading books in which dragons play any part. As I like to say: there's always a first time for everything.

4) World War II: THE RISE AND FALL OF THE THIRD REICH by William L. Shirer - Non-fiction
Another massive undertaking. Everything you'd ever want to know about the Nazis, the German war machine and the demise of the thousand year Reich. Lately I've been meaning to read Shirer's BERLIN DIARIES and one of these days I will. Maybe after I read Erik Larsson's new book set around the same time. I read RISE AND FALL OF THE THIRD REICH in my early twenties and while a lot of the detail is gone from my memory, I still remember the basics. If you can set aside a great chunk of time, this brilliant book is worth the effort.

5) World War II: IS PARIS BURNING? by Larry Collins and Dominique LaPierre - Non-fiction
My favorite book about the effects of war on a specific place, in this instance - Paris. Near the end of the war when the Germans were on the eve of retreat, Hitler gave the order to destroy one of the most beautiful cities in the entire world: Paris. Blow it up. Burn it to the ground. Luckily for history, humanity and common sense, this order was, more or less, ignored. Read what happened and why. If you care at all about history, about our artistic heritage, about the idea that even in the midst of madness, there are men who will listen to their own brand of reason: DON'T, absolutely, DON'T miss this book.
Posted by Yvette at 4:19 PM