Crime Fiction Alphabet - Letter U is for UNEASY RELATIONS and UNNATURAL SELECTION, both by Aaron Elkins

Aaron Elkins is a helluva writer. I've been reading his work for years so I feel free enough to say that good and loud. He's been churning out the Gideon Oliver, 'skeleton detective' mysteries since forever, making it all look easy - which we all know is a talent in itself. There are lots of terrific Gideon Oliver books to choose from. Elkins is also the writer of the Chris Norgren, art history mysteries of which, unfortunately there are only a few. He has also written several 'stand-alone' books, one of which, LOOT is on my list of All Time Favorite Books. (You've probably heard me rave about LOOT now and again on this blog.) AND as if that weren't enough, he also writes, with his wife Charlotte Elkins, a golf-mystery series. Does the man never sleep? 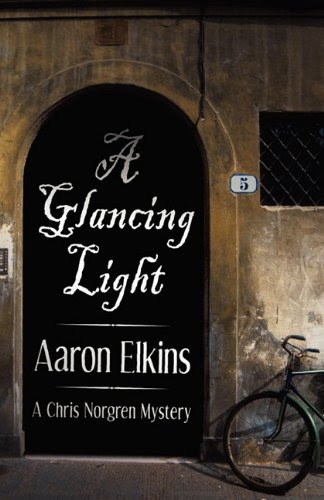 Because this is an entry in the Crime Fiction Alphabet Community Meme, hosted by Kerrie Smith over at her blog MYSTERIES IN PARADISE, and we are currently up to the Letter U - the nitty-gritty of the alphabet coming up - I'll concentrate today on the two books shown at the top of the post: UNNATURAL SELECTON and UNEASY RELATIONS. Does Elkins have a way with book titles or what? He is also fortunate in that his publisher has a great design staff doing the covers.

If you are not familiar with these books, then I say: get familiar. You might probably want to read the Gideon Oliver books in order, but really, it's not necessary. The main thrust of the books never changes even if Professor Oliver's marital status does. These are not books about Oliver's personal life so much as they are elegant whodunits in the Golden Age style. Mysteries with a beginning, a middle and an end in which, usually, the bad guy is either done for or gets carted off to jail. One of several reasons why I find these books so much fun to read and, in the end, utterly satisfying as mysteries.

In UNNATURAL SELECTION (2006) we find Gideon Oliver - a forensics expert known as 'the skeleton detective' - and his park ranger, wildfire-expert wife, Julie, at a conservation gig in the magical (and to me, totally unfamiliar) Isles of Scilly off the British coast of Cornwall. They have been invited to a conference at Star Castle, home of Russian expatriate, Vasily Kozlov, scientist and eccentric millionaire. (Is there any other kind?)

When a bone is discovered in one of the island's neolithic sites, it is assumed to be, well, a 'neolithic' find. Until Gideon takes a look and deduces that the bone is a more modern sample - it is murder yet again. Luckily, the likeable Gideon Oliver,  a most cerebral and celebrated forensics detective is on the case.

In UNEASY RELATIONS (2008) We again find Gideon and Julie in an unfamiliar setting (part of the easy charm of these books) - the Rock of Gibraltar. Anthropologists and Paleolithic archaeologists have been arguing for years over whether Neanderthal and Homo Sapien co-existed side by side around 25,000 years ago.

When a sensational find is made: a skeleton of a woman holding a part-Neanderthal child found in a cave on Gibraltar, the scientific world is amazed. At a conference anniversary celebrating the find, Gideon Oliver is on hand at the current excavation when murder most modern enters the fray.

I continue to recommend these books and the other assorted and terrific writings of Aaron Elkins.
Posted by Yvette at 5:54 PM