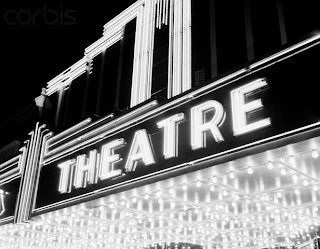 Jeffrey Cohen is a terrific New Jersey writer (well, he'd be a terrific writer even if he didn't live in NJ, but he does and his books are set here as well), who creates laugh-out-loud (I know I do - laugh out loud, I mean ) mysteries. Check out this fantastic fiction link for a list of his books.

Anyway, Jeff is also a contributor and Monday host of a mystery writers blog with the best name ever: HEY, THERE'S A DEAD GUY IN THE LIVING ROOM. Yeah, great name.

Jeff is also a big movie fan (he most especially adores The Marx Brothers) and the reason why I'm going on about all this besides the fact that I hope you'll take a look at Jeff's books, is this: I want to share one of his posts - from last year, but a link turned up on Facebook today so I'm making it topical. Jeff's post features movie lists (among others) and you KNOW how I feel about movie lists. Good lists never go out of date far as I'm concerned. Of course, I will add my own favorites and tweak and adjust his lists but that's why I've called this post: Opinionated Duo.

Please note: I've omitted the last two categories Jeff listed on his post simply because I had nothing to add or detract. If you'd like to see the full and complete post, please use this link.

So, without further ado: Jeff's post from HEY, THERE'S A DEAD GUY IN THE LIVING ROOM - minus pix and his last two categories:


Opinions Guaranteed To Annoy You

Jeff Cohen
In no particular order:
The Ten Funniest Comedies Ever Made
NOT:
The Ten Best TV Shows Ever
NOT:

The Ten Best Mystery Novels Ever Written
The Ten Most Overrated Movies Ever Made
(You should have seen the "Most Underrated" List I deleted because even I didn't agree with it.)

Go ahead, feel free to argue. I don't even agree with them all myself.

THE TEN BEST MYSTERIES EVER WRITTEN: Well, I'm joining Jeff in ducking out on this one for the primary reason that I'm currently working on my own list of Best 100 Mystery/Thrillers Ever Written which I hope to post sometime in the Fall. It will consist only of books I've actually read so I think it will be a little different from other lists of this sort. Stay tuned.