5 Best Books On Any Given Topic Meme. This Week: 5 Best Audio Books 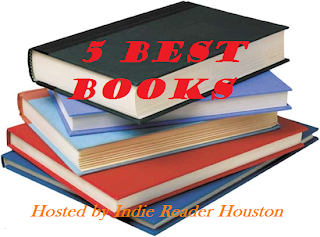 My list is based on books I've actually listened to. All unabridged, of course. I usually listen while on the computer or painting or slouching on the sofa with Rocky squeezed in beside me. I have an ipod and cute little ear plugs (red ones) but damn if I can figure out how to get a book inside that little thing. Lately though, I admit I haven't been listening as much as I used to. But I still think audio books are a nice addition to your library. They do supply an additional reading experience which, I believe, no one should miss. I do have the odd tendency to listen mostly to books I've already read. Why this should be, I don't know. It just is. Works for me.

1)  MURDER ON THE ORIENT EXPRESS by Agatha Christie. Narrated by David Suchet. Well, not much I can say about Suchet (who owns the role of Hercule Poirot) except that as usual, he is brilliant. Is there nothing he can't do?

2) O JERUSALEM by Laurie R. King. Narrated by Jenny Sterlin. She has to do important to the story male voices, especially of Sherlock Holmes and other characters but she doesn't resort to make believe mannishness. She just quiets the voice to underscore a kind of appropriate male sound. The book is told in the first person from Mary Russell's point of view, after all.

3) CROCODILE ON THE SANDBANK by Elizabeth Peters. Narrated by Barbara Rosenblatt who is amazing and in my book, the ONLY Amelia Peabody I ever want to listen to. Ever.

4) THE WAR OF THE WORLDS by H. G. Wells. Narrated by Alexander Spencer. This is the original story which takes place in England at the turn of the 19th century. Spencer is just right.  His voice picks up an underlying hysteria as the invasion from Mars threatens to destroy the world.

5) THE BOOK THIEF by Markus Zusak. Narrated by Alan Corduner who does a remarkable job. His accents are pitch perfect.
Posted by Yvette at 3:39 PM