Tuesday's Overlooked Movies: THE LIST OF ADRIAN MESSENGER (1963) starring George C. Scott, among many others. 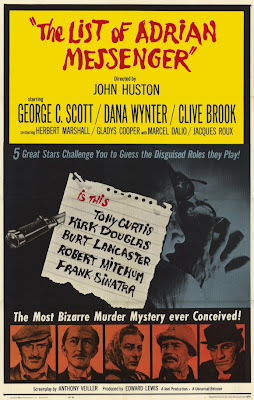 It's Tuesday and that means Tuesday's Overlooked Movies, the weekly meme hosted by Todd Mason at his blog, SWEET FREEDOM. Make sure and check in to see what other overlooked movies other bloggers are talking about today.

Oh how to say this - despite its faults, I LOVE THIS MOVIE!! Even if it is really a big flopperoo of a stinkola film. For those of you who don't know, there's a whole misguided attempt to squeeze in Kirk Douglas, Robert Mitchum, Tony Curtis, Frank Sinatra and Burt Lancaster IN MAKE-UP meant to disguise their movie star looks and identities as they play victims and/or suspects. All I can say, all I've always said is: Whose abysmal idea was this? 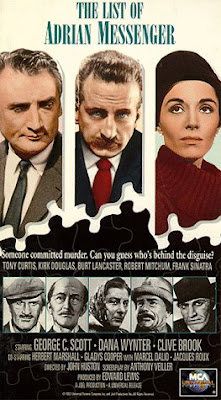 Let's get the bad stuff out of the way:
Not only does this stupid gimmick not work, it is so ridiculously obvious that the actors are wearing make-up disguises in their scenes that all it does is distract from what's going on. 1963 was not a good year for prosthetic make-up. It was an appallingly bad concept that should have been nicked by director John Huston in the bud. But no, let's pull the wool over the audience's eyes and then we can all laugh at the end. Hello?! It's a mystery with MANY nasty murders including a blown-up airplane loaded with passengers. Not exactly a laugheroo.

See, here's the thing: if you're going to disguise actors DON'T USE MEN WHOSE FACES WE CAN RECOGNIZE IN OUR SLEEP. DON'T USE MEN WHO HAVE LARGE, RUGGED FACES WITH LARGE PROMINENT FEATURES - hello? Even I can figure that one out and I'm not a make-up expert. I know, I know, THAT was the WHOLE POINT. Famous iconic actors hidden under layers of ugly make-up make for BIG SURPRISE un-masking at the end.

But, here's a question: WHY? Why on earth? What was the point? Did they hate the script that much?

Okay, got that off my chest and boy I feel so much better. Bear with me now...


Back to the story:
The script by Anthony Veiller is quite good. In fact, it's better than the book by Philip MacDonald. The film's ending is actually an improvement on the book's lackluster final pages. So why the film-makers felt they needed a goofy gimmick to sell the movie is beyond me.

Yet I did say I LOVED this movie and, beside the script, here are the main reasons why:

George C. Scott as Anthony Gethryn, Jacques Roux as Raoul Le Borg, and Clive Brook as the Marquis of Gleneyre.

Good movies are easy to love. Bad ones require some finessing, some shtick that makes you want to watch the film over and over even if you know you are not in the presence of greatness. What makes THE LIST OF ADRIAN MESSENGER memorable - besides a fabulous title and a good script - is something indefinable: the presence of three actors whose warmth and personality jumps off the screen. These are three characters you want to spend time with and fortunately, in this film you do. 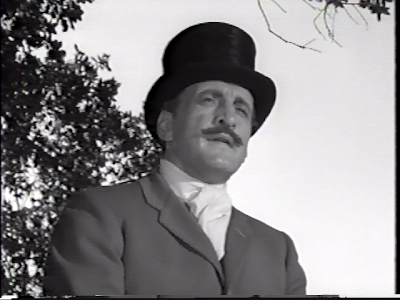 I've never seen George C. Scott at work in such a mellow and likable mood (except maybe in THEY MIGHT BE GIANTS, another overlooked film which is not available on Netflix either), he is splendid as Anthony Gethryn, retired MI-5 officer, a genial, brilliant man drawn into solving a seemingly impossible mystery. Scott pretends to an English accent here which I don't mind. He speaks quite well enough. I could watch him in this part over and over and never tire of it. He is simply wonderful. 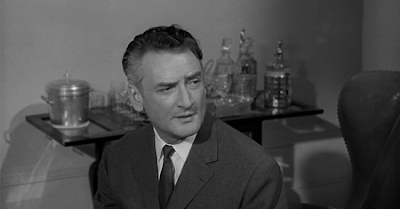 Jacques Roux as the Frenchman Raoul Le Borg, a survivor of the previously mentioned airplane disaster, is Scott's equal in wonderfulness. Their scenes together sparkle with charm and amiability.

Clive Brook as the eminently eccentric and insouciant Marquis of Gleneyre is all throwaway charm.The British aristocracy has never been better represented on screen. Though not an especially intelligent man, he is, nonetheless, a likable old coot filled with an unselfconscious joy of privileged living.

If not for these actors and a nice bit by John Merivale as Adrian Messenger, the movie would be unwatchable. Dana Wynter as Lady Jocelyn Bruttenholm is okay too, though she really doesn't have much to do. 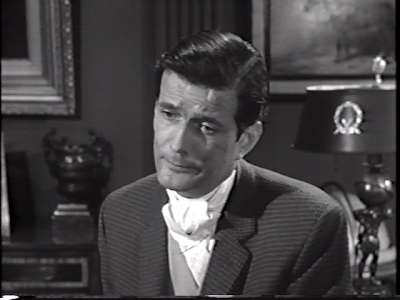 But it's because of George, Jacques and Clive that I never get tired of watching (when I get a chance) THE LIST OF ADRIAN MESSENGER. I definitely have to look around for a nice inexpensive copy.

Here's the gist of the story:

Adrian Messenger is a British writer at work on a current book requiring a certain amount of research. At the country estate of the Marquis of Gleneyer, he asks family friend Anthony Gethryn to check on a list of names he's been working on. They will meet and discuss the list upon Messenger's return from overseas. He is on his way to Montreal for further research. 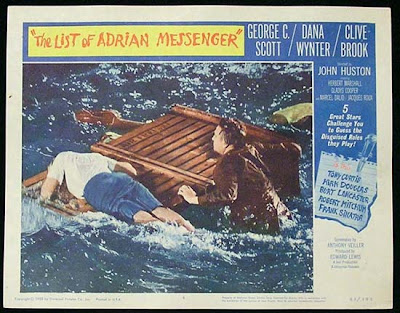 When Messenger's plane blows up over the Atlantic, his body is found floating barely alive, by fellow passenger Raoul Le Borg. Before he dies, Messenger mumbles some non-sensical words which Le Borg will later repeat to Gethryn when he is interviewed at the hospital. Gethryn suspects that the explosion which brought the plane down was meant to kill Messenger and unfortunately the other passengers were just in the wrong place at the wrong time.

After Le Borg recovers from his injuries, he and Gethryn decide to work together to solve what looks to be an incredible series of ruthless yet haphazard murders - murder on a grand scale. (It turns out that Le Borg and Gethryn worked together without ever having met, during the war. Le Borg as a member of the French Resistance.) 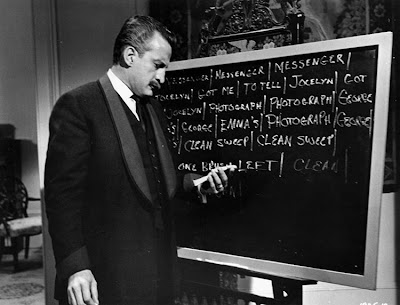 Gethryn has learned that the names on the list given him by Messenger are men who have died over several years, mostly by accident. As he and Le Borg begin to put the pieces together, they run into the disguised American actors named earlier, more bodies start piling up, including the harmless typist who'd worked on Messenger's manuscript. 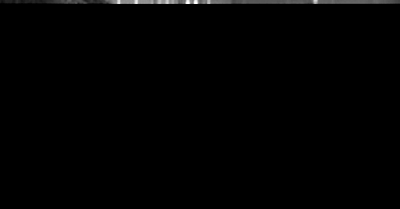 All along, we are shown the disguised killer (who can't disguise that he is Kirk Douglas or another guy who looks like Kirk Douglas and did most of the grunt work) in a variety of disguises, fake noses, hair and such as he goes about his killing spree. Blech...!

How it all ends you'll have to see the movie to find out. The extraordinary motivation for the crime - the solving of it is ingenious and comes about three quarters of the way through the story. Still, the film's death at a fox hunt ending is much more exciting than the book's, despite the ridiculous make-up shenanigans. 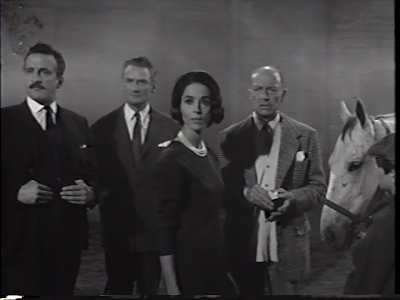