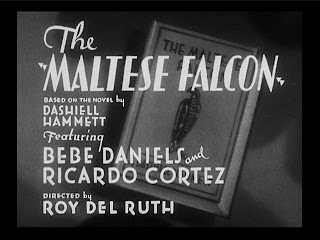 Yeah, I know, hard to believe. No Humphrey Bogart or Mary Astor or Sidney Greenstreet or Peter Lorre or other more familiar cast members. This version of THE MALTESE FALCON, based of course, on Dashiel Hammett's book, was made in 1931 and the quality is quite creaky. (Is it my imagination or is that rasping noise the sound of the film sprockets slipping from hook to hook? Just musing...) But this film is actually set nearer the time of the book's 1930 publication date. The Bogart film was done in '41.

I've never been a HUGE fan of the John Houston directed version of THE MALTESE FALCON because of Mary Astor. Far as I'm concerned she spoils the film with her overwrought performance. And there was always something about her basic 'look' that I found inappropriate for the part. She appeared to have wandered in from another movie. I know I am very much in the minority with this viewpoint (although my brother agrees, so there are two of us against the tide), but I cannot tell a lie.

I do like the rest of the cast, most especially Sidney Greentstreet, Peter Lorre, Jerome Cowan, Barton MacLaine and Lee Patrick. Bogart, of course, is perfect as Sam Spade - a hard boiled survivor of the school of hard knocks. Not a nice guy but a guy with his own code of honor which, by the way, doesn't keep him from carrying on with his partner's floozy of a wife. But as I like to say, nobody's perfect. 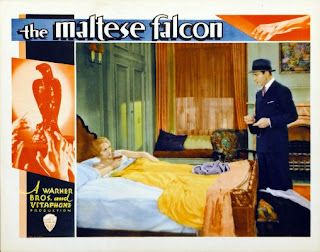 At any rate, I'd never seen the earlier Falcon version with Ricardo Cortez as Sam Spade so I thought - why not? Cortez was one of several actors with dark good looks who road the tidal wave of Latin lovers in the early days of talkies. He was not Latin and his real name was Jacob Krantz, but when have details such as this stopped Hollywood? Once his New York accent gave him away (rumor was that he had a Viennese background), he became a character actor playing assorted good, but mostly bad, guys - once even that ultimate good guy Perry Mason - in movies and later, television.

I saw him the other night in a Charlie Chan movie,  MURDER OVER NEW YORK and I liked him again instantly. I'd remembered him from various roles over the years, but watching him I was suddenly reminded that once upon a time he'd starred in a version of Dashiel Hammett's book. Luckily, Netflix had it, and here we are. 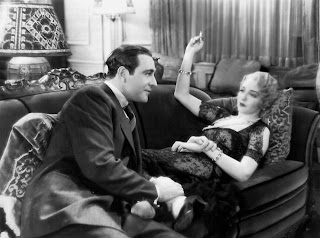 I have to say that I found Bebe Daniels in the role of Ruth Wonderly (Brigid O'Shaughnessy in the John Houston film) much more believable than Mary Astor. But that may just be personal preference.

So, how was the film, Yvette?

This version of THE MALTESE FALCON directed by Roy Del Ruth, while not actually ghastly, is certainly not close to the quality of the Houston/Bogart film - not that I expected it to be. But I stayed all the way through because of Cortez. I also thought I'd get to watch another version of TMF, SATAN MET A LADY with Bette Davis and Warren William, but when I came to the end, this second film was nowhere to be found on the DVD.

Ah well, such are the little inconsistencies of Netflix.

At any rate, the film I watched last night had the same basic storyline as the Bogart version with minor changes and a dreary static way of setting up the scenes, filming them almost as if the production were a stage play. Except for the opening 'span' of San Francisco from the air, only one scene in the film is shot 'outside'. They could have been in Istanbul, for all we know.

Ricardo Cortez is no Humphrey Bogart, but he does okay. His Sam Spade is an unrepentant skirt chaser who appears to be carrying on with every woman in his orbit, including Effie (Una Merkel), his long-suffering and very patient secretary. (I love how Lee Patrick played her in the later film.) 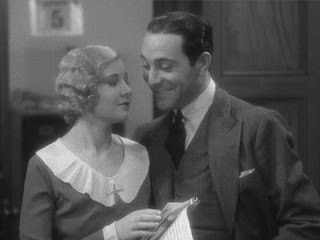 There's a big change in the ending which makes the film longer than it need be. Here, Cortez visits Ruth Wonderly in jail after she's been convicted of murder and fairly gloats over his new appointment as the District Attorney's chief investigator. A totally unnecessary scene.

Ricardo Cortez is handsome in a sleek but almost brutish, Latin lover sort of way - there's very little sympathetic about his face. I can't really say why I like him so much, he has a rather fatuous grin which he uses all throughout the film and after awhile it was, like, what in hell are you grinning about? As Spade, he appears quite heartless and appallingly chauvinistic, though not, apparently a stranger to the tug of the heartstrings. Someone please explain this strange fascination I have with Ricardo Cortez! 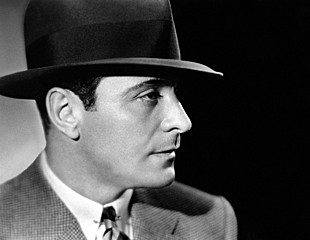 The rest of the cast is nowhere near as intriguing to me as Cortez. Except for Bebe Daniels, the only two stand-outs are the actor who plays Wilmer (Dwight Frye - he also played the little guy who goes nuts in Dracula's castle at the beginning of that film with Bela Lugosi - the guy who ate the flies?), and Dudley Digges playing Casper Guttman. 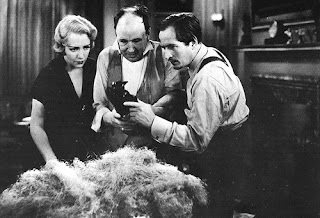 Digges is actually quite good as the slimy, sweaty, oafish, dandified bad guy with no redeeming social qualities whatsoever - the part played in the later film by Sidney Greenstreet. He's not really heavy-set but does manage, somehow, to appear roundish. Speaking of dandies, Otto Matieson is awful as Joel Cairo, perhaps not capable of a Peter Lorre caliber performance. And in this film Cairo appears to have a more threatening persona than Lorre's evil milquetoast. 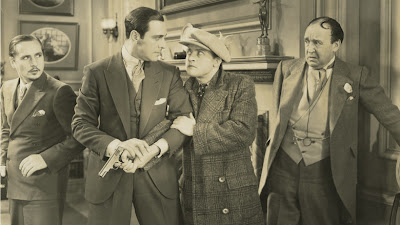 The film is actually fun to watch as a sort of creaking antique, but I have to mention that parts of the plot make no sense - if they ever did. There's lots of dialogue exposition going on, I guess the budget didn't allow for showing many plot points which had, therefore, to be explained. 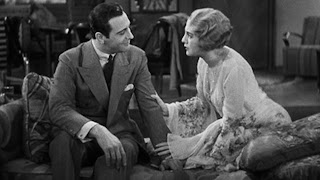 I was somewhat surprised by the indications of sexual activity since this was not a pre-code talky (the Motion Picture Production censorship code came into being in 1930, though it was not heavily enforced until 1934), so Spade was free to rearrange the scattered cushions on the floor and on his sofa to indicate that he'd just had a session of unbridled lust with a dame seen leaving said office. Later we are also given to understand that Ruth Wonderly spent the night in Spade's apartment and he, apparently, did not sleep on the couch. Nothing specific is shown, but things like this are heavily indicated throughout the film. Maybe that accounts for Cortez's constant smiling. 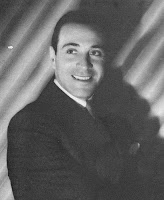 Besides Cortez's smile, here's a second annoying bit:  in the cast, are three actors who all look alike so it appears sometimes as if the same guy is playing three parts. I speak of these three: Walter Long as Miles Archer, Robert Elliott as Lieutenant Dundy and Agostino Borgato as Captain Jacob. I know these were fairly common character 'types' in the thirties, but jeez, they might have been triplets. I kept looking and thinking, but he just died. Very confusing.

A third annoying bit, this time concerning wardrobe: the cops kept their overcoats buttoned all the way to the very top. You know that extraneous button that all overcoats have at the very top - its' not meant to be used really, unless you're caught in a blizzard - well, the cops show up in several indoor scenes with their coats button to the top, kind of like straitjackets. I mean, how would they reach for their guns in an emergency? Heaven knows. Very odd.

I kept thinking maybe they were naked underneath. Or stripped to their undershirts. Maybe there wasn't enough money in the budget for the various wardrobe changes.Though we do see them in suits in some scenes. Another movie mystery that may never be solved.

It would be fun, I think, to have an all Maltese Falcon night and watch all three films with copious amounts of beer, Campari and soda, Prosecco and/or other libations at hand. Some nice sandwiches and a bit of cake wouldn't hurt the cause either. 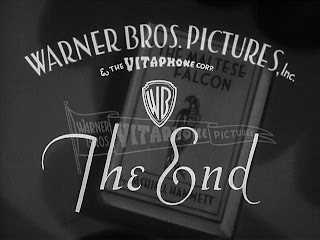