This week it's 5 Best Books that feature Real People in Fiction. Here's my list in no particular order: 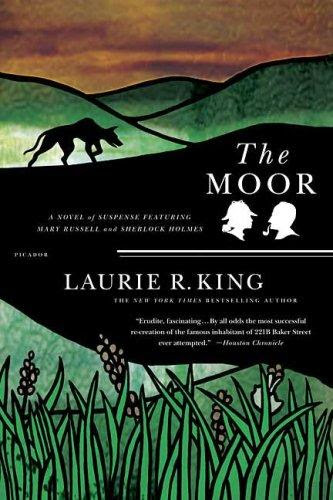 In King's fourth book in her wonderful series featuring Mary Russell and her partner/husband,  Sherlock Holmes - my favorite historical mystery series, by the way - we meet real -life British clergyman/author/musicologist/antiquarian and father of fifteen, the Reverend Sabine Baring-Gould (1834 - 1924).

Baring-Gould was a long-lived and incredibly prolific eccentric, one of Dartmoor's more interesting citizens. In King's book, he is also Sherlock Holmes' godfather. A bit of news that comes as a surprise to Mary Russell (and to the reader) as she and Holmes investigate a series of inter-connected mysteries taking place on the moor. A mystery which brings Holmes back to his old stomping grounds - Baskerville Hall. A mystery which may or may not have brought the mythical hound back to life.

I've read this book several times. Each and every time Laurie King draws me again onto the darkly mysterious moor and the hardy people who live there as well as into the life of the ancient and irascible Reverend Baring-Gould. It is Gould who requests Holmes's help when something appears seriously wrong on his beloved Dartmoor. The moor in the title is a definite place, but in King's hands, it also becomes a sinister character.

To learn more about the real-life Reverend Sabine Baring-Gould, check out his Wikipedia page. 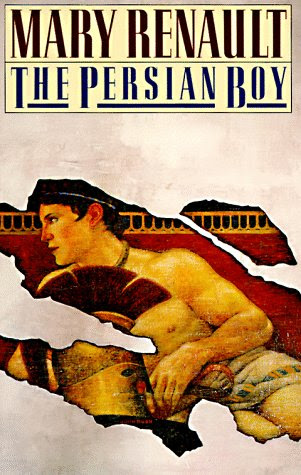 A remarkable look at Alexander the Great through the eyes of Bagoas - the narrator - a Persian slave who, in reality, became Alexander's servant, confidant and lover. The story casts a sympathetic eye on the relationship between Alexander and Bagoas during the later part of the conqueror's life as well as Alexander's relationship with his devoted childhood friend Hephaistion.

"The book describes the major incidents of Alexander's later career, such as his conquest of Bactria, his abortive invasion of India, his marriage to Roxanne, his crossing of the Gedrosian Desert, the death of Hephaistion and his final illness and death."

I read this book a couple of years ago and came away impressed by Renault's ability to place the reader almost immediately inside the world and ancient setting of her story. Her characters are memorable and incredibly real. Simply a wonderful historical novel.

To read more about THE PERSIAN BOY, please go to this link.

The Fatty Arbuckle trial was a scandalous cause celeb during the early part of the 20th century. Roscoe 'Fatty' Arbuckle was a huge (in more ways than one) silent film star and comedian who was arrested and tried for rape and manslaughter in the death of a minor actress named, oddly enough, Virginia Rappe. The public outrage against Arbuckle was fueled in part by the extreme and apparently personal animosity of the Hearst newspapers. Arbuckle was eventually acquitted of all charges but his career never recovered and he spent the rest of his life a ruined man.

In Ace Atkins' gritty and well researched fictional account of the case, the author brings to life Prohibition-era San Francisco, the hapless and alcoholic Arbuckle, the newspaper giant, William Randolph Hearst and last but not least, author Dashiel Hammett (future creator of THE MALTESE FALCON and THE THIN MAN) who, in real life, was assigned to help in the defense of Arbuckle.

Ace Atkins is one of the best modern crime writers and DEVIL'S GARDEN is one of my favorites of his many books. To see the full list of Atkins' books, please go here. 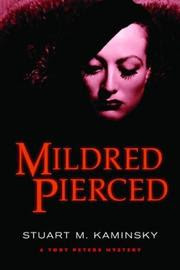 When his best friend, the dreadful, sartorially challenged dentist Sheldon Minck is arrested for the death - by arrow - of his wife Mildred in a public park, it's private eye Toby Peter's to the rescue. It's the 1940's and Los Angeles is teaming with crime, generally involving his movie star clients, but this time out it's Shelly who needs his help.

When a witness comes forward and that witness turns out to be Joan Crawford, Toby feels right at home when she asks him to help keep her out of the limelight since she's up for a major part and bad publicity would likely derail her chances. The part? Mildred Pierce. Of course.

Another hilarious entry in the long-running Toby Peters series begun way back when with Errol Flynn and BULLET FOR A STAR. If you love atmospherically noirish period mysteries and love laughing while reading, I highly recommend Stuart Kaminsky's Toby Peters books.

To get a complete list of the Toby Peters books, please check Kaminsky's fantastic fiction page.

Though this masterpiece of a novel by Stephenson is not about the real-life cryptography expert Alan Turing, it does feature Turing as one of several real and not so real (except in our imaginations) characters. Among several expertly interwoven stories, Stephenson's mammoth undertaking details the secret work undertaken at Bletchley Park and elsewhere during WWII, a unit so secret that no one would admit it existed at all. It was the work of these brilliant cryptographers who were able to decipher the German's secret code known as enigma which helped shorten the war.

After the war Turing,  a homosexual, was treated shamefully by his country and his government, but here the author concentrates on Turing as a rather charming, shy and engaging individual who is a school chum of one of the book's heroes, Lawrence Pritchard Waterhouse, mathematical genius and later, Captain in the U.S. Navy. When Waterhouse is transferred to England and assigned to a secret unit we will catch glimpses of Turing as he and the others go about their work. But it's in the early part of the book in which Turing stands out as one of several teenage school boys (two of whom happen to be geniuses) preparing for whatever life has to offer.

CRYPTONOMICON is a staggering adventure of a book, a true masterpiece. The sort of thing I might not have ordinarily read had it not been for librarian Nancy Pearl's enthusiastic recommendation. Don't be afraid of it's length, the pages fly by.

To read more about Alan Turing please check out this link.

To read more about the full scope of CRYPTONOMICON - of which I've only revealed a tiny part, please go here.
Posted by Yvette at 2:52 PM