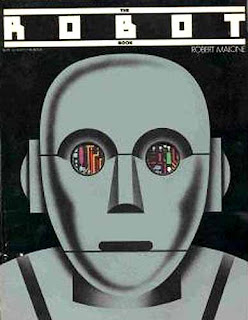 THE ROBOT BOOK by Robert Malone was published in 1978, created and produced by PUSH PIN PRESS under the design direction of famed design maven, illustrator and co-founder of Push Pin Studios, Seymour Chwast. The book's designer was Richard Mantel, but the Chwast imprint is self-evident.

I've owned this wonderfully designed thing for years, it's part of my research library. The robot image on the cover has dye-cut eyes and when you flip the cover open, you get a whole page (in simple colors against black) of computer guts. Well, that's what I call the circuit boards for want of a better description.

Inside THE ROBOT BOOK are many robot-related figures, drawings, photos of actual robots - some very primitive, scenes from films, sci-fi magazine covers, assorted artwork and interesting bits of robotics history.

The following three spreads from the book were photographed and first appeared on the Arquelogia del Futuro blog. 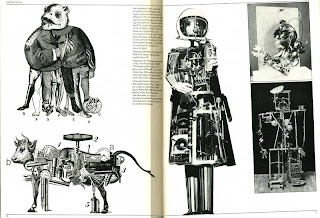 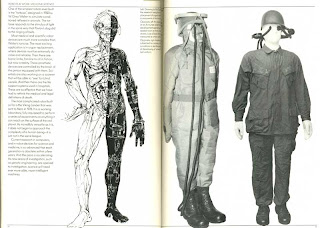 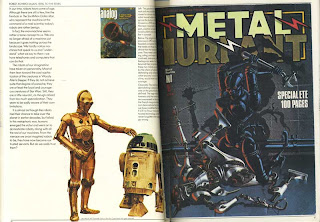 The following magazine covers (among several others) are also featured in THE ROBOT BOOK: 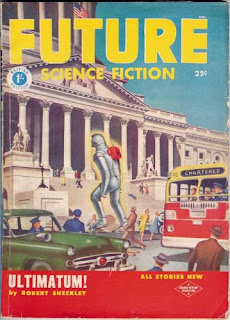 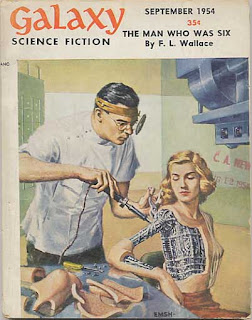 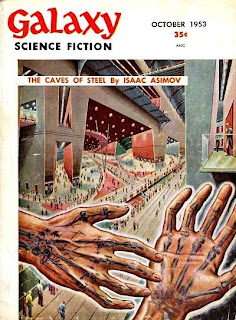 Not a comprehensive look at the science - real or imagined - of robotics by any means, but still a welcome addition to a library. It has just enough information to intrigue, but not to overwhelm with esoteric scientific jargon. In other words: a fun book.. 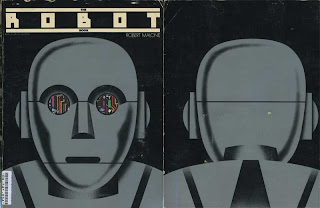 Forgotten Book Friday, is a weekly meme hosted by Patti Abbott at her blog, PATTINASE, but Patti is traveling, so Todd Mason at SWEET FREEDOM has taken over Link Central this week. Please check his site to see what other 'forgotten or overlooked' books other bloggers are talking about today. There is an especially good list this week.
Posted by Yvette at 9:30 AM