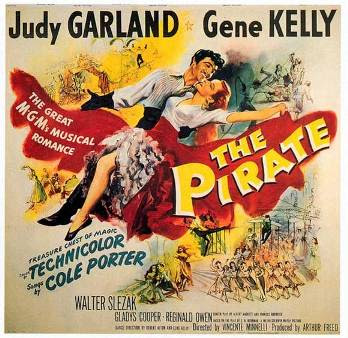 This is my entry in Todd Mason's weekly meme of Overlooked Films. Once you're read mine, go take a look at Todd's blog, SWEET FREEDOM, to see what other overlooked films other bloggers are talking about today.

Mention MGM golden age musicals and very few will talk about 1948's THE PIRATE starring Gene Kelly and Judy Garland. I don't know why but there's not tons of people who have seen this movie, even fewer have ever heard of it. Maybe it's the insipid title.

Or maybe it's that '48 was the same year that EASTER PARADE with Garland and Fred Astaire came out and perhaps one musical overshadowed the other? I can't figure it. On balance, much as I love Fred and Judy together, I loved her with Gene Kelly more. THE PIRATE remains one of my all time favorite movies. 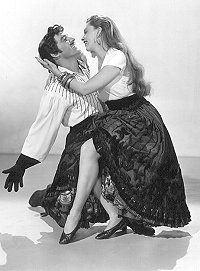 Here we have Gene Kelly near the zenith of his good looks and athleticism - his dancing never better. We have Judy Garland looking adorable, wearing fetching costumes and singing beautifully. (True, the songs by Cole Porter aren't especially memorable, except for the Be A Clown number and maybe Mack the Black, but they fit nicely into the movie.) The director, Judy's husband Vincente Minnelli, made sure she looked fabulous on camera. 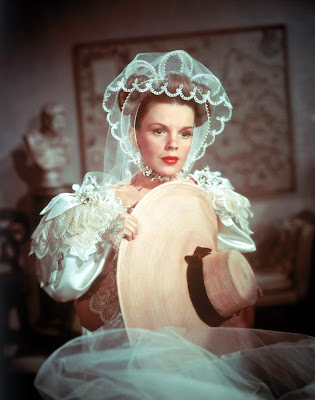 Her performance was, I think, one of her very best. In most of the film her naive persona is tinged with incipient hysteria as she is forced from one frantic situation to another, one lie to another. She is simply delightful. 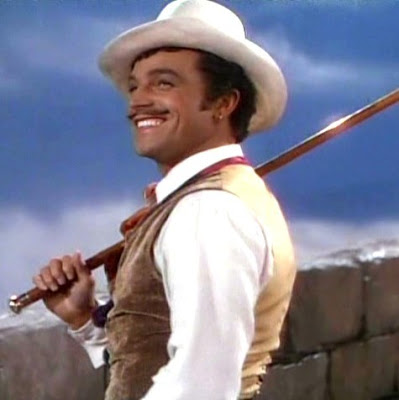 Gene Kelly looked the ideal song and dance man, especially in the scene where he dances in little black shorts. The man had fabulous legs! 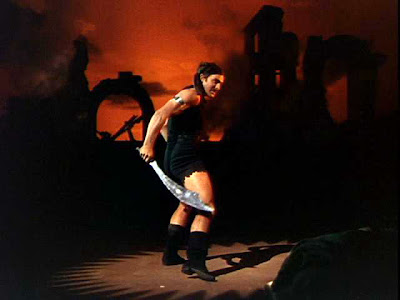 He plays Serafin, an island troubadour with his own traveling troupe of dancers, singers, magicians and actors. One of his tricks is using a revolving mirror to hypnotize any susceptible member of the audience. In the wonderful Mack the Black number he uses it to hypnotize Garland. She plays Manuela, a naive young woman on the verge of marriage to a self-important oaf, Don Pedro Vargas, the town's rich and powerful Major, played by a very pompous Walter Slezak. But I'm getting ahead of myself.

The setting of the story is a 19th century make-believe Caribbean Island (or maybe a South American country near the coast) as imagined by 1940's Hollywood. The art direction by Cedric Gibbons and Jack Martin Smith is terrific, everything looks bright, breezy and colorful, the charming costumes by Tom Keogh are perfection. I love the very saucy little plaid hat that Manuela wears in the opening scenes. I love that most of the women on the island wear broad sun hats, mantillas, flowers or some sort of flamboyant fabric turban. The production values of the entire film (Arthur Freed produced) are exceptional. 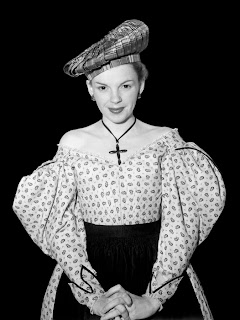 The story: Manuela (Judy Garland) is the young ward of her aunt Inez (the wonderful Gladys Cooper) and her husband uncle Capucho (the diminutive Lester Allen whom aunt Inez is always overlooking or bumping into 'cause she doesn't notice him - a funny running gag). Manuela dreams of romance and travel on the high seas, she is mad about the legendary pirate, Mack the Black Macoco, a famous cut throat who plied the Caribbean, scuttling ships and causing general havoc. To the very sheltered Manuela, Mack seems the ultimate romantic ideal.

On the eve of her arranged marriage to Don Pedro (the portly and much older Walter Slezak) Manuela attracts the attention of Serafin (Gene Kelly) who, with his troupe of assorted performers travels from town to town putting on shows. Manuela spurns Serafin's attentions - he's an actor, ugh! - but that night she sneaks out to catch his act as the music drifts up to her room. 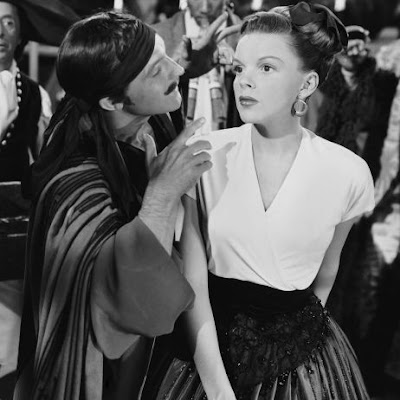 Serafin uses a revolving trick mirror to hypnotize Manuela and she performs the razzle-dazzle number, Mack the Black. When it dawns on Serafin that the way to Manuela's heart is to pretend that he is, in fact, the pirate of her dreams, all heck breaks loose.

Gene Kelly is perfection in these scenes as he pretends in a grandiose and over-the-top manner to be the scourge of the Caribbean. 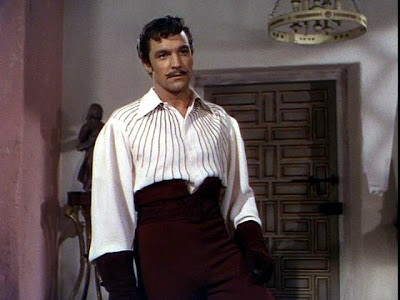 One hilarious thing leads to another and before you know it, Serafin is in the dock, sentenced to death. Through machinations too convoluted to go into here, he has managed to convince everyone that he is, indeed, the infamous pirate. (Be careful what you wish for.) Everyone, that is, except the outraged suitor, Don Pedro. Turns out, he is the actual pirate Macoco - surprise! - now retired. In a devious twist, Don Pedro has gone to the capital to bring back the Viceroy (played by George Zucco) of the island to deal with the pretend Macoco. 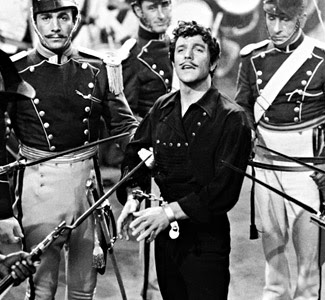 On trial for his life, Serafin is allowed one final performance. 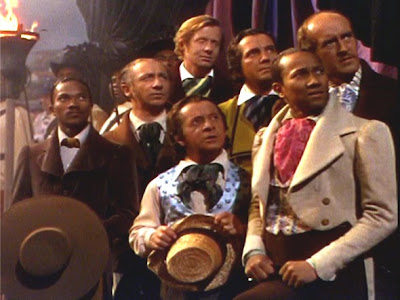 All I can say is, every time I see this movie, I love it more and more. If you haven't seen it, you're missing out on one of the best Gene Kelly performances - the over zealous Serafin is perfectly suited to Kelly's zeal as a dancer, performer, actor. The role suits him to a T. No wonder Manuela can't resist him. 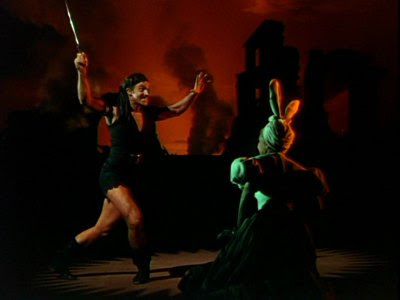 Judy Garland really appears to be having fun in this movie. It's hard to believe all the behind the scenes drama going on at the same time. I think, really, this sort of thing is a tribute to the actors' on-screen professionalism. 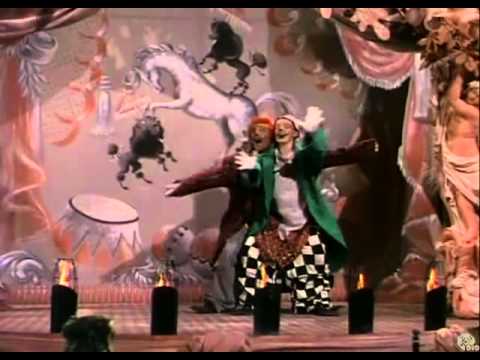 Be a clown, be a clown. All the world loves a clown!

To watch a two part documentary on the making of THE PIRATE and the controversy behind it's lukewarm reception when it originally opened, please use these links: