Saturday Salon: A Favorite Painting or Two or Three....! 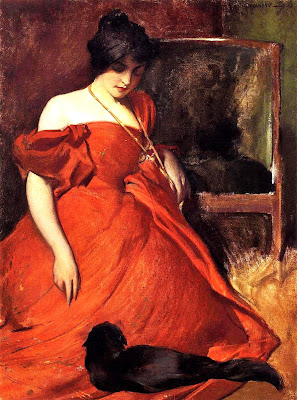 Study in black and red.﻿ 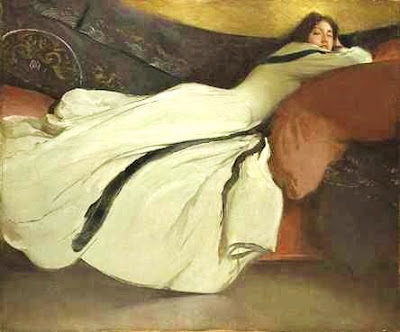 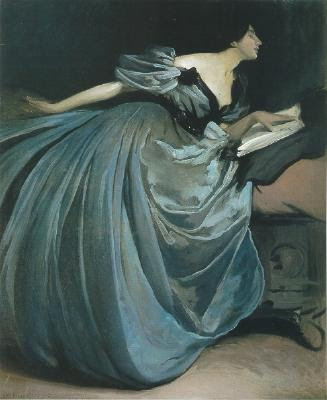 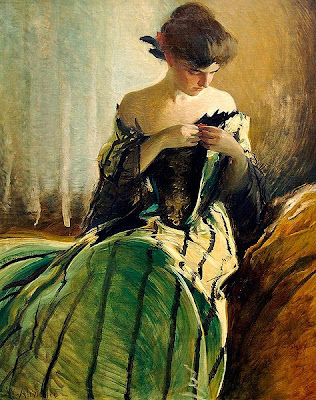 Woman in black and green - study. 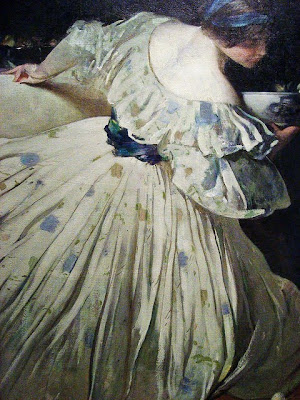 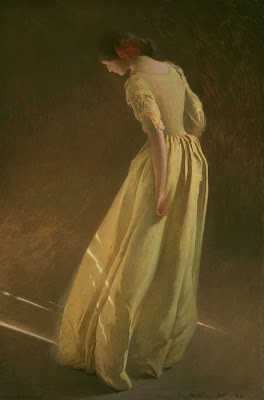 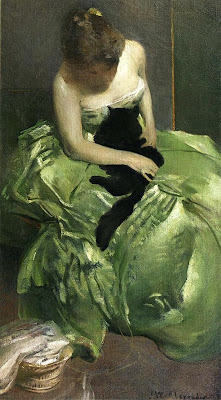 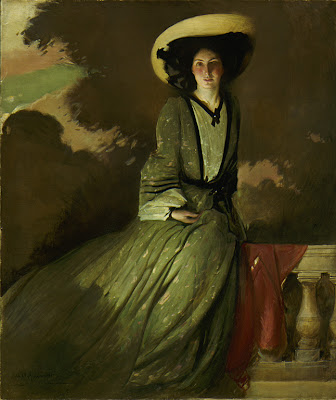 Portrait of Mrs. John White Alexander
John White Alexander (1856 - 1915) was an American painter born in the coal country of Pennsylvania. He specialized in portraits, figures and decorative illustration. An orphan raised by his grandparents, he showed an aptitude for drawing as a boy and when still a very young man worked as a political cartoonist and illustrator for Harper's Weekly in NY when Howard Pyle and other well known illustrators were also there. Later he managed to study in Munich, Venice, Florence, the Netherlands and Paris.

Upon his return to NYC, in 1881, Alexander was an instant success as a portrait painter of the rich and famous. His exhibitions in Europe were also extremely well-received and he became an artist of great renown in his lifetime.

The things I like best about his work are his use of light and color, his stylized figures and the often flamboyant drapery of fabric.

To read more about Alexander and his work, please use this link.﻿
Posted by Yvette at 9:56 AM