Can These All Be the Same Man? 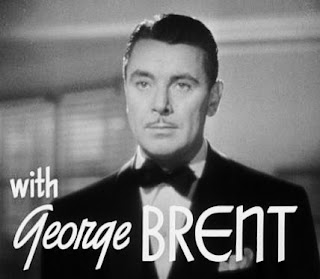 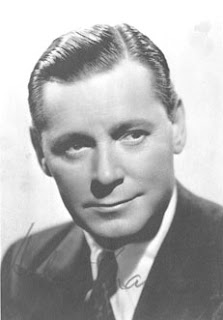 Kent Smith﻿
Apologies to all you George Brent, Herbert Marshall and Kent Smith fans. Someone has been pulling the wool over your star-gazed eyes! Now the truth can be revealed after decades of sworn to secrecy silence: these three men were not separate individuals at all. How is this possible? More importantly, how come no one noticed?

I don't know, I just know they are all the same man! Yes, I'm sure of it. No, I'm not making this up. Watch them in their movies, watch how they played their parts, more importantly watch the parts they were given, for goodness' sake.

Nine times out of ten they were playing the same man, no matter what the movie. They always wore the same clothes and looked spiffy in black tie and tails or raincoat and fedora. I'll bet anything they all wore the same size. (Well, of course they would if they were, as I propose, the same man.)

If you needed a well-dressed second lead to play the cuckolded husband, the callow or smug or clueless fiancee, the jilted at the altar would-be groom, the blackmailer, the well meaning friend, the pompous lawyer, the doctor, the dentist, the bank manager, the judge, the gambler, the boss in love with the leading lady from afar, the guy in uniform who will die at the end in a fiery plane crash which the leading man will survive...

...the husband who will be allowed to die of a heart ailment while his wife stands malevolently by, the guy who marries a cat woman, or the guy who'll play an all purpose, continental playboy at the drop of a chapeau.

Yes, I know that all three (or is it ONE?) played leads too, but ladies and gentlemen they always had the look of a second lead. Always that same manicured and slightly pompous air.

It's not that these actors all looked so much alike, it's just that they were so much the same physical type!

I've given my theory much thought after watching film upon film, role upon role, and I've come to the conclusion that these were all the same man. It's the only explanation that makes any sense.

I've got my eye on Kenneth Tobey too. It's possible he is really the other three in disguise.