For whatever reason, I don't normally seem to read fiction books that are based on true stories. But checking through my various lists, I've managed to come up with five. To my surprise, there are actually a couple more but I've spoken about those recently under other headings. At the risk of repeating myself, don't wan't to keep repeating myself. You know how it goes.

5 Best Books is a weekly meme hosted by Cassandra at INDIE READER HOUSTON Don't forget to check in this week to see what 5 Bests other bloggers are talking about.

1) THE FRANCHISE AFFAIR by Josephine Tey

A story by the wonderful Golden Age writer, updated but based on the notorious 18th century case of Elizabeth Canning, a maid who claimed to have been abducted and held against her will by two women. (Read about the Canning case here.)

Robert Blair, a small town English solicitor is called upon to help Marion Sharpe and her mother when a maid, Betty Kane, accuses them of holding her prisoner in their country home known as The Franchise.

Tey's book has been turned into a film and several television adaptations followed. THE FRANCHISE AFFAIR was picked as one of the 100 Best Mysteries by the UK Crime Writers Association. 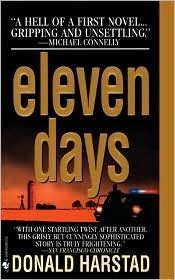 Author Harstad was once a cop out in the Midwest himself and this story is based on a shocking real event. Written in a taut business-like manner (which I happen to like very much for this sort of story), this is a police procedural set in the fictional town of Maitland, Iowa and featuring a likable cast of characters, most especially the lead cop, Carl Houseman.

A distress call comes into the police station from a local farm. When the police arrive, they find a horrible scene, a dead family and no clues to the whereabouts of the killer or killers. But this is only the beginning of the violence. The laconic sheriff, Carl Houseman is baffled and though the story may at first appear to be a 'Fargo meets Dragnet' sort of thing, be assured the story soon takes off, resulting in a rock 'em sock 'em ending which will leave you breathless.

This is one of my all time favorite books, a debut by a guy who knew what he was doing and went on to write several more highly recommended books featuring Houseman and his stalwart cop crew.

An aside: This would make a great movie. It surprises me that no one's thought of it. 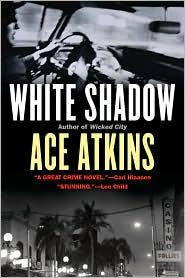 A gritty and violent re-telling/re-imagining of the famous Florida murder of mob boss Charlie Wall. The author is a former award winning reporter turned writer of extraordinary crime books. (As well as the brilliant Nick Travers series.) He takes great care to create fictional characters who will integrate smoothly with his meticulously researched facts. Few writers do this as well as Atkins.

Tampa, Florida in the 1950's was a hotbed of criminal activity -  Sicilian and Cuban mobsters had a strangle-hold on the town. It was an unseemly mix of smoky nightclubs, cigar factories , brothels and gangsters left to practice their various nefarious trades unchecked. So, when a mob boss is bludgeoned to death, the truth is the least of anyone's worries.

4) THE DAUGHTER OF TIME by Josephine Tey

Another Tey book which would easily go on my  own list of 100 Best Books. When Scotland Yard Inspector Alan Grant is hospitalized with a broken leg, he has enough time on his hands to seek out the truth behind the assumed guilt of Richard the III, the hunch-backed monster of a king who supposedly murdered his two nephews to usurp the British throne. The two young boys were tucked up in the Tower (for their protection) and never seen again.

While lying in his hospital bed, Grant solves 'the case' to Tey's satisfaction (and mine). This is a brilliant story told in 'modern day' detective fashion as Grant uses reason and research material brought to him by a friend, to ferret out the historical truth.

If you haven't read this, I urge you to do so, especially if you have any interest whatsoever in English history and vintage mysteries.

5) THE TOMB OF THE GOLDEN BIRD by Elizabeth Peters

Fictional characters Amelia Peabody and her irascible husband, Radcliffe (known simply as Emerson) and their intrepid family, are back in Egypt and on the verge of making the greatest archaeological discovery in history - the tomb of Tutankhamun. Unfortunately their reputation for trouble precedes them and they have been forbidden from digging anywhere in The Valley of the Kings.

Convinced the discovery of the tomb is imminent, the Emersons try to get Lord Carnarvon and Howard Carter (the real-life discoverers of King Tut's tomb in 1922) to relinquish their digging rights but to no avail.

Forced to watch on the sidelines as the greatest archaeological treasure in history is uncovered, the Emersons still manage to find themselves embroiled in another mystery - "...every summer another murder." Eventually they have the satisfaction of knowing they were right in originally figuring that Tut's tomb lay waiting in The Valley of the Kings.

Read about the real life discovery of Tutankhamun's tomb here.

THE PERSIAN BOY by Mary Renault

DEVIL'S GARDEN by Ace Atkins
Posted by Yvette at 11:00 AM