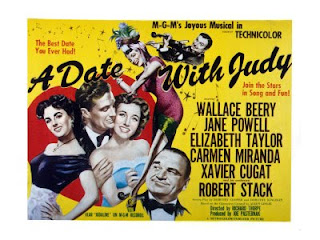 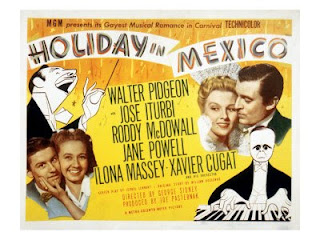 Today is the birth date of one of my all time favorite Golden Age of Movies actresses: the petite, perky and completely likable Jane Powell (1929 - ) As Ivan said a while back on his blog, THRILLING DAYS OF YESTERYEAR, 'who doesn't like Jane Powell?' She is the original harbinger of MGM sunshine, discovered as a kid, sitting on some steps, looking cute. When asked what she wanted to do, she supposedly replied, 'All I want to do is sing.' She got her wish. Yes, she's a cutie-pie, but in the very best way. And what's more, she's still with us - so, HAPPIEST OF BIRTHDAYS, Miss Jane Powell! 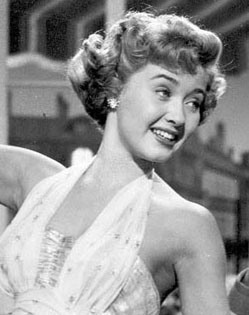 I love her movies whenever they appear. Love the goofy MGM musicals in which she starred and wowed us with her wonderful voice and charming presence. In DATE WITH JUDY (1948), Wallace Beery played her father! And got away with it. He was wonderful. He was actually able to play the charming curmudgeon who might easily have been anyone's dad. Scotty Beckett played her boyfriend Oogie Pringle. (Scotty Beckett made a career out of playing boyfriends.) A young Elizabeth Taylor also starred.

Walter Pidgeon played Jane's dad in HOLIDAY IN MEXICO (1946). Who wouldn't want Walter Pidgeon for a dad? Roddy McDowall played the boyfriend. She starred with Tony Martin, Debbie Reynolds and Vic Damone in HIT THE DECK. (1955) Starred opposite Fred Astaire in ROYAL WEDDING (1951). Starred opposite the physically imposing Howard Keel (and held her own) in the classic, SEVEN BRIDES FOR SEVEN BROTHERS (1954). 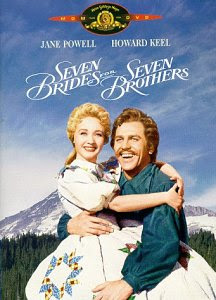 But one of my very favorite Jane Powell movies is still, ATHENA (1954). A preposterous fairy tale of a musical co-starring Louis Calhern as Jane's father (she always got the best father figures MGM had to offer) and Edmund Purdom, Debbie Reynolds and Vic Damone.
Please use this link to find a complete list of all Jane Powell movies and a short bio. 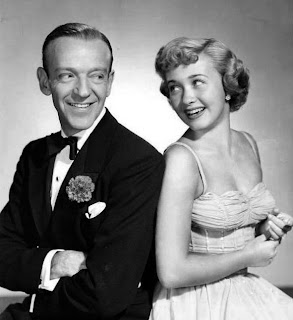