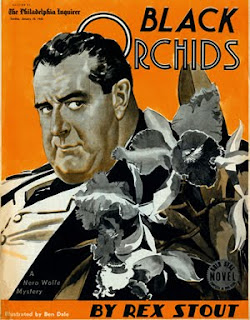 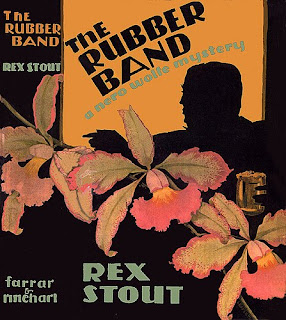 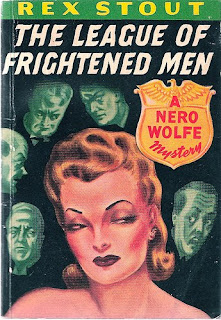 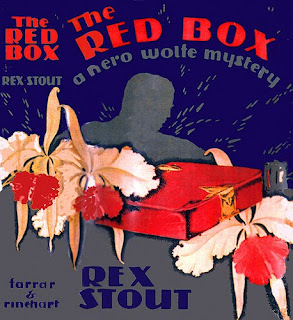 The Crime Fiction Alphabet is a weekly meme hosted by Kerrie Smith at her blog, MYSTERIES IN PARADISE. This week's letter is the natty Letter N. For links to all the participants and their alphabet posts, please check out this link to Kerrie's blog.
I was going to wait for W to post about Nero Wolfe, but decided N for Nero was quite good enough. I can't remember when I didn't know about Nero Wolfe, it seems he's been a part of my imagination since forever. He and Archie Goodwin still live in that brownstone on thirty-something street with the orchid greenhouse on the roof, and always will. My only complaint is that I'm not as fond of yellow as Wolfe is, so if I had a chance to decorate the place I'd do away with the color and bring in some green - other than that, the place is perfection. The ideal New York establishment especially with Fritz Brenner, the live-in chef cooking up gourmet meals and Theodore Horstmann the orchid man coming in every day to fuss about the flowers on the roof.

Over the years, I've read and re-read all the Wolfe books, most especially my favorites, and for whatever reason, I never get tired of doing so. It's become a lifelong habit of mine. I am very fond of reading about genius and its eccentric ways especially when written about with such style and panache by prolific author Rex Stout. (1886 - 1975)


Nero Wolfe was born in Montenegro but became an American citizen. There is some shadowy mystery connected with his early beginnings and I've always assumed he was involved in political skullduggery and espionage of some sort. His world view is from a jaundiced international eye. Whatever happened in his younger years, it has driven him to a nearly stationary and rather regimented existence in NYC where he uses his genius to earn the kind of living necessary to maintain his eccentric lifestyle. There's just something about the corpulent, cranky, misogynist thinking machine, a man who by his own admission, uses his weight to insulate himself from the vagaries of human emotion. He is someone hard to like, but once you fall under his spell, you are his for life. Archie Goodwin - who narrates all the books - was more of an acquired taste for me. In the beginning I didn't like his smart-mouth attitude but once I realized that he would give his life for Wolfe without batting an eye, he was okay with me as well.

If you enjoy books set mostly in the NYC you remember from all those black and white RKO films, if you like an intriguing, tightly woven private-eye mystery with a whodunit puzzle and a grand denouement at the end (usually in Wolfe's office with all the suspects and a bunch of cops in attendance), then these are the books for you. Rex Stout brought a certain strata of New York and its wary citizens to life beginning in 1934 with FER-DE-LANCE (one of the best titled books ever, in my opinion) and ending in the year of his death, 1975, with A FAMILY AFFAIR - a book which ends with as memorable a shock as any mystery author has ever created. (In 1985 the posthumous DEATH TIMES THREE was also published.)

Some of my favorite Nero Wolfe books: (In no particular order.)


THE LEAGUE OF FRIGHTENED MEN


WHERE THERE'S A WILL


MURDER BY THE BOOK


I can't bring myself to re-read only one of the books, A FAMILY AFFAIR. I still haven't gotten over the shock.

Of course, with my Old Lady Memory, I tend to forget the plots and so re-reading becomes almost like reading for the first time. One of the few advantages, I suppose, of old age. Ha!