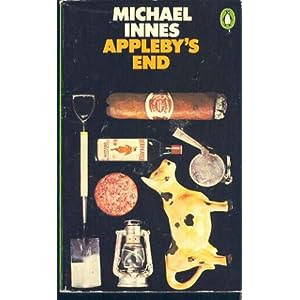 You know, with Michael Innes, I'm like a kid with a new toy. Once I discovered how good a writer he is, there was no stopping me sailing through his litany of books like a scythe through a wheatfield. And I have a feeling I haven't even scratched the surface. Is that a mixing of strange metaphors or what?