Favorite Character Names: "Getting A Handle On Naming Characters"

"Gettting A Handle on Naming Characters" is the title of an interesting bit posted on The Guardian newspaper blog by Ben Meyers recently. He talks about the importance of the right name for a fictional character and the idea of a character 'growing' into a name.

This got me thinking about the more successful character names. What works for you as a character name? I suppose for everyone it's a bit different. I have been known, I confess, to stop reading a series of books because the main character's name was just such a turn-off. Won't say what, won't say who and won't say why - it's my secret to keep. (And yet I KNOW the books are very good and I'm probably missing out. One of these days I'll have to get over this.)
So with my penchant for lists alive and well and ready, at any moment, to spring into action, I thought I'd list some 20 or so character names I've always liked.
Well, I'd better stop for now. But it occurs to me looking at this list that I like both colorful, flavorful names and names that are short, tough and sound good spoken aloud. AND that most of these are male names. Hmmm. Well, I do seem to prefer male protagonists, no question.
Of course the names must have something to do with the character - don't you think? A good name will, thereafter, invoke the character instantly and form a picture in the imagination. I suppose, a good character name is a sort of 'brand.' It's not easy to trifle with brands. Most of them are permanent.
Off the top of your head, can you think of character names you've liked and remembered over the years? 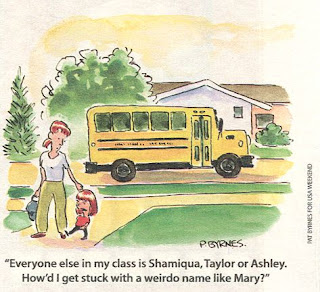