A Favorite Film: A New Leaf starring Walter Matthau and Elaine May 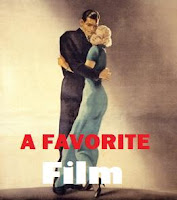 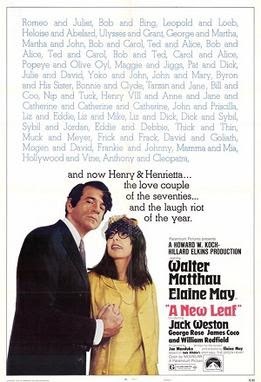 A NEW LEAF starring Walter Matthau and Elaine May (who also directed) is one of my favorite films of the 1970's. It is also on my list of Top Five Romantic Comedies of all time. It is everything a film should be on so many levels: screenplay, direction, acting, you name it. It is, to my mind, the perfect romantic comedy starring what is, admittedly, not a very romantic individual: Walter Matthau.

Here's the story: Henry Graham (played by Walter Matthau) is a fastidious, grumpy, upper crust snob, living the life of a wealthy n'er-do-well in fashionable New York circles. But after years of carelessly living on the principle rather than the interest, he finds he's gone through the enormous fortune he inherited. Henry is bottomed out, tapped out, done for. (The scene at his lawyer's office when he discovers the bleakness of his situation is one of many hilarious moments in the film.) There's not a penny left (he can't even pay his butler's salary). Since, admittedly all Henry has ever wanted to be is a 'rich man', there's not much he isn't willing to do to replenish the coffers.

The build-up to the moment when Henry finally decides what he must do in order to continue living his egocentric, hedonistic lifestyle is made up of little oh-so-hilarious vignettes as Henry slowly, painfully, stops denying the truth and decides on a course of action: he must marry money. Not that he intends on staying married, no, his scheme calls for a bit of murder.


The habitually squeamish Henry considers this sort of thing (marriage not murder) a debasement of himself and his values. He doesn't even like women much. Not that he's gay - if anything he seems asexual - he's just one of those men who prefers a solitary life of selfish luxury. The idea of having to marry now, at this stage in his life, is abhorrent to him.

Walter Matthau is so perfect in these scenes; while you laugh at his situation, his obvious distaste, his discomfort, you also, in some odd way, completely understand his point of view. That's the beauty of the screenplay by Elaine May and Jack Ritchie. (I understand this film is considered the 'butchered' version of the original, but if so, it's still quite wonderful enough.)


More vignettes follow as Henry begins searching for someone rich enough and gullible enough -eligible women who are known to have money - to fall for his rather obvious gold-digging scheme. (The rumors are circulating that he's broke.) His obnoxious uncle, played by James Coco, has staked Henry to a loan and bet him that by a certain date he can't repay it (Henry uses the last of his expensive possessions including his Porsche as collateral.) The money goes to fund Henry's must get married scheme.


Enter Elaine May as Henrietta Lowell, a pathetically clumsy, charmless, clueless heiress with piles of money and a mansion staffed with loathsome, larcenous servants. Besides being an heiress, Henrietta is a botanist, a professor at a local college - leaves and plant life are her main interesta in life. Her goal: to discover a new plant species and have it named after her.


Henrietta falls for Henry when he comes to her aid - socially speaking - at a tea party. From then on Henry steps in whenever she needs saving from disaster usually brought about by her extreme clumsiness. Elaine May plays this part for all it's worth: she is a total social and aesthetic disaster. When she eats, food splatters her clothing and elsewhere, when she moves about, objects go flying. She is nothing short of a walking train wreck. As far as Henry is concerned she is the perfect patsy.


He decides to marry her immediately.


Well, you know what's coming, if you know anything about romantic comedies. But how these two work their way towards an ending which is one of the best and most satisfying (at least to me) in movie history, is a total joy to watch. As Henry dreams about murdering his bride on their honeymoon, he is, in actual fact and against his better judgement, taking pretty good care of her. His understanding of her faults and eccentricities is an almost instinctual thing. It's as if he was born to take care of her. (Matthau was born to play this part. I can't imagine any other actor as Henry.) These two were meant for each other.


This is such a funny movie. But while you're laughing, Henry and Henrietta have worked their magic - somehow - inevitably, you begin to care what happens to them. Two characters that, at first glance, are utterly charmless and unlikeable, become just the opposite.


What a terrific movie. I absolutely love it.


And by the way: the supporting cast of characters is almost as good as Matthau and May.
There's James Coco, Jack Weston, George Rose, Doris Roberts, Renee Taylor and William Redfield among others. It's rare to see a film so perfectly cast from top to bottom.