10 Top Books of the Year 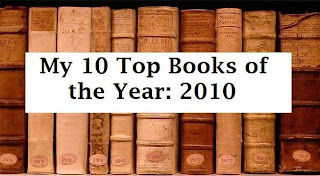 Not all of the books on my list were published this year, but they were read by me for the first time in 2010. It was a pretty good reading year, so I had a tough time figuring out what to put on the list, hence my Honorary Mentions.