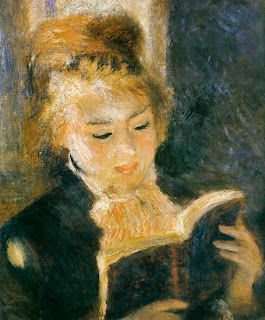 What's better than answering questions and/or discussing your own books? Not much. I liked this Literature Meme from A Room of One's Own so much, I've duplicated it here. (Not that there's much that passes for Official Literature on my shelves, but let's use the term loosely - we're all friends here.)