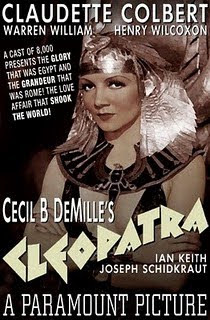 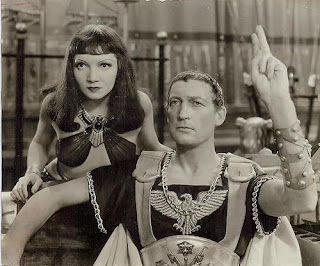 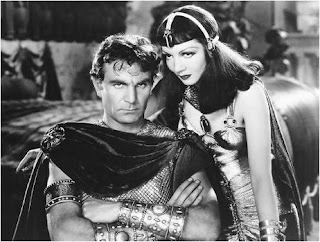 A rambling sort of post today: I've just realized, while straightening my bookshelves, that I have a biography of CLEOPATRA I've never read. It's the one by Joyce Tyldesley published in 2008 (read the review in The Independent here), not the new one (2010) by Stacy Schiff. (Read the Schiff review from the NY Times here. ) Sometimes books get lost on my shelves, but then when one fine day I find them again, they're a pleasant surprise. A faulty memory can occasionally be a good thing. 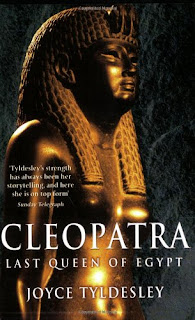 Will I read the Schiff book? Maybe. But once I finish CLEOPATRA Last Queen of Egypt by Joyce Tyldesley - I may have had enough of Cleo for awhile. Though, admittedly, there's always something new to learn from history. And who doesn't love the movie-style glamor of the ancient Egyptians? Funnily enough, I'm not big on fiction books based in ancient Egypt - I find the reality of it all quite intriguing enough. 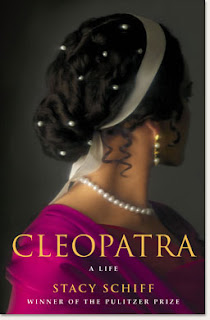 Speaking of Cleo, which of the movie Cleopatras is your favorite? Here's my pick: Claudette Colbert in the Cecil B. DeMille epic, with Warren Williams as Caesar (I've always had a crush on Warren Williams) and Henry Wilcoxin as a muscular and imposing Mark Anthony. I love this film. (I'll be talking about it on A Favorite Film one of these days.) 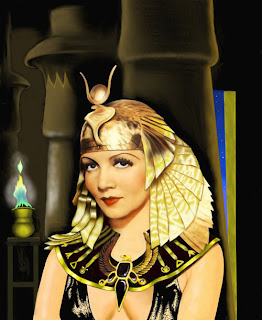 I included a couple of photos from a film below in which Joan Collins doesn't play Cleopatra, but a Cleo-clone. LAND OF THE PHARAOHS is a God-awful, though very entertaining, film I love to watch whenever it shows up. My favorite parts? The chorus singing on the soundtrack and the garish costumes. I was talking to someone about this film a while back and they suddenly broke into song, the chorus bits are THAT catchy - we had a good laugh. To remember something like that after so many years. Ha! I must mention too, the fake tan body make-up Joan Collins wears in this. I mean, she looks like a gingerbread floozy. And she is so obviously inexperienced, acting-wise. She plays this Cleo-clone like a Hollywood tart. So fun to watch. Jack Hawkins as the pharaoh just looks and acts bombastic and silly. An aside: Charles Chaplin's son Sydney plays the Cleo-clone's sap of a lover. 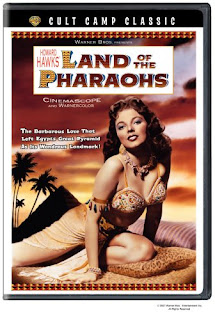 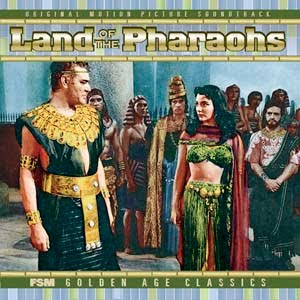 On to Theda Bara below - doesn't she look a bit overwhelmed by the costumes? Never saw this silent movie, but I can imagine Cleo as slinky-vamp. I love the photos anyway. 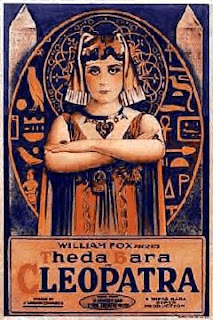 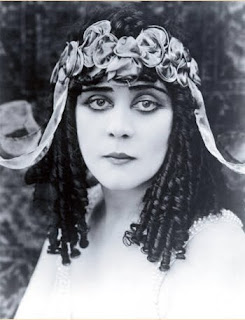 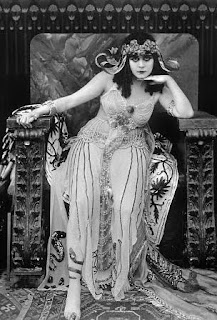 I did see Vivien Leigh below in the film, Caesar and Cleopatra, an adaptation of George Bernard Shaw's play, years ago. She was an enchanting, though a very British Cleo. I think it's all about the language in this film. 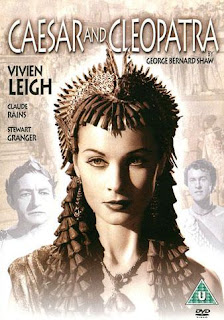 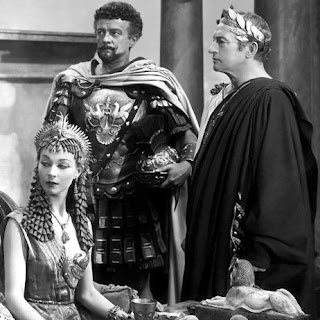 Elizabeth Taylor below. No. It didn't work then, it doesn't work now. But it's still kind of interesting to watch - like cruising by an accident safe and snug in your car and shaking your head, wondering what happened. Whose idea was this? Extreme beauty is no guarantee that a woman can look like a queen. Taylor never gets the 'feel' of the part. (And from what I understand, in reality, Cleopatra was not thought of as a great beauty.) Liz plays and sounds, in some scenes, like a fish-wife. (And believe it or not, I do like Elizabeth Taylor, just not as Cleo.) Richard Burton is awful, he reminds me of a lovestruck hound (and not in a good way) - which, of course, he was. The only one worth watching is Rex Harrison as Caesar. 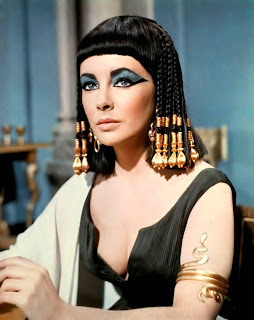 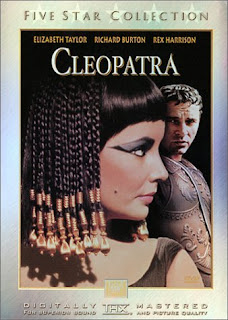 So, what do you think? Which is your favorite?
Posted by Yvette at 3:07 PM