Looks like the English language film adaptation of Akunin's first book in the Erast Fandorin series, THE WINTER QUEEN, is moving forward. Read about the casting decisions here. These books, translated from the Russian and featuring the agent/detective Erast Fandorin (one of my favorite character names ever) have always seemed perfect for adaptation to film. They are enormously charming, well written and visually engaging. Only five of the books have so far been translated into English (far as I know) and if you haven't discovered them yet, you're in for a treat, most especially if you love historical mysteries. Since these are set in 19th century Tsarist Russia, there's an added exotic touch. Can't think of any other series set during this era.

At any rate, I've read: THE WINTER QUEEN, THE TURKISH GAMBIT, MURDER ON THE LEVIATHAN (my favorite), and THE DEATH OF ACHILLES, and I recommend them all. These would make for great summer reading at the beach, by the way. 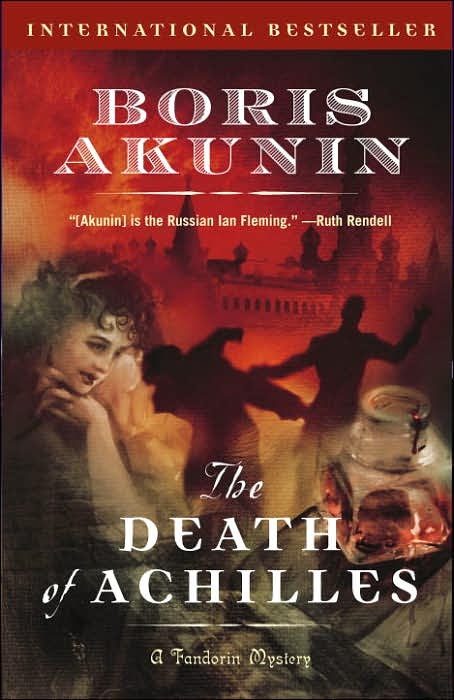 Additional good news, the new Erast Fandorin, THE DIAMOND CHARIOT will be published in September, 2011.

Akunin also writes a second mystery series featuring a nun named Sister Pelagia, but I've yet to read those - though they are on my TBR list.
Posted by Yvette at 9:22 PM