Thomas Edward Lawrence, born in Wales in 1888, remains the enigmatic man/myth and skilled guerrilla tactician, whose life and importance are still being debated today. He died from the results of a motorbike accident on this day in 1935. Lawrence, much better known as Lawrence of Arabia - for his heroics in the Middle East, an area of the world he loved - was a man who despised publicity and fanfare but, as famed journalist Lowell Thomas said, '...had a knack for backing into the limelight.'

Lawrence originally trained as an archaeologist at Oxford and spoke Arabic. When war (WWI) was declared, he was assigned to a post in Cairo, Egypt. In 1916 Lawrence was sent into 'Arabia' as liaison officer in a Brit attempt to jumpstart the stalled Arab Revolt. The rest, as they say, is history.

Though Lawrence claimed to dislike Lowell Thomas's eagerness to make him [Lawrence] a 'star' at a time when the world was weary of war, if not for Thomas, Lawrence would probably have sunk back into anonymity after the war. The world might never have known of Lawrence's brilliant exploits during the revolt against the Turks, fighting on the side of Prince Feisal and his men. But Lawrence's story was just too good to ignore.

Lawrence's reputation was further enchanced and enlarged by the brilliant, award winning epic film directed by David Lean, LAWRENCE OF ARABIA. The classic film starred Peter O'Toole (who should have won the Oscar that year) as Lawrence and Alec Guinness as Feisal. It is a film as good today as the day it was released in 1962. If you haven't seen it, I say, drop everything and do so, immediately if not sooner. 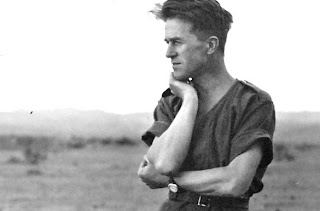 To read more about Lawrence's exploits and his failed attempts to influence the British into allowing an independent Arab state in the Middle East and prevent the partitioning of 'Arabia' - a partitioning that has led to many of the problems we face in that area today, please go to this PBS website. And to this website maintained by Lawrence biographer, Jeremy Wilson.