Drama on a Staircase - The Movie

Death at the top of a staircase stalks a mute girl played by by the silently expressive Dorothy McGuire.

Some say this is Hitchcock's uber classic film. James Stewart's character is terrified of heights, near the end he must climb up rickety church tower stairs. Uh oh.

Another church tower that needs climbing near the end. This time by Orson Welles' nefarious character. He plays a Nazi (in disguise) who has built a small town life in America, married to the unsuspecting Loretta Young. 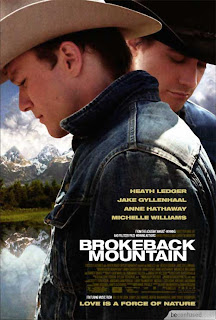 One of the great love scenes in American cinema is precipitated by Heath Ledger's rush down a flight of stairs into Jake Gyllenhaal's arms. Absolutely takes your breath away.

In this film based on the play by Lillian Hellman, Bette Davis stands silently by as her husband, played by Herbert Marshall, dies slowly from a heart attack. The stairs are used quite readily and handily in this melodramatic film. The kind of thing they just don't make anymore.

The title says it all, I guess. A family melodrama based on William Inge's play and directed by Elia Kazan, about a man - played by Robert Preston - whose life falls apart after he loses his job.


THE HEIRESS based on Hernry James' story. I love this poster best though, obviously, it's not in English. We all know the scene at the end when Olivia DeHavilland climbs those stairs and turns her back on the foolish, money-grubbing Monty Clift who is left fussing on the front steps.

Lots of stairs in and around the palace of the Pharaoh played by a natty Jack Hawkins. Haven't seen this rip-roaring corker in ages, but I do remember stairs all over the place. Near the end, they lead down into the bowels of a newly built pyramid.

Those old antebellum mansions sure had some gorgeous staircases. How can we forget Scarlett in her curtain dress sauntering down the stairs. The argument with Butterfly McQueen about 'birthing babies' which takes place, if I'm remembering correctly, on the stairs. And of course, the major scene where Rhett carries a struggling Scarlet up that stairway to paradise. (Or so we are led to believe.)

My DEATH ON A STAIRCASE Book Covers post has given rise to a sequel. (Well, you knew that would happen - right?) A few films in which staircases play some important role, either as central window dressing, dramatic or romantic setting or murderous scene of the crime. I'm sure there are many more. Can you think of any I should have added?

(Thanks to Classic Becky for the idea to add films to the mix.)

'I'll Build A Stairway to Paradise' sung by Georges Guetary. A scene from AN AMERICAN IN PARIS. In a film filled with classic dance numbers, this one sometimes goes unappreciated. But I've always loved the absurd charm of it. Watch it here, it is guaranteed to make you smile.
Posted by Yvette at 12:31 PM

Email ThisBlogThis!Share to TwitterShare to FacebookShare to Pinterest
Labels: Drama on the Stairs, Movies