Speaking of Forgotten Films : A Movie That Might Have Been...! 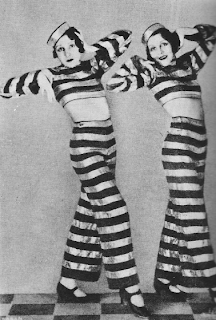 The Dodge Sisters
Thanks to Angela at her fabulous movie blog, THE HOLLYWOOD REVUE for this wonderful post on a movie that almost made up onto the big screen, but didn't.

The March of Time was supposed to be a 1930 follow-up to The Hollywood Revue of 1929 starring a bunch of big movie names of the time, including Joan Crawford, Buster Keaton, Jimmy Durante and even Ramon Novarro. It was to be shot in two color Technicolor.

Several dance numbers were filmed but the project was eventually dropped. Please read more about it at Angela's blog here.


The number is called, The Lockstep. Don't miss it. 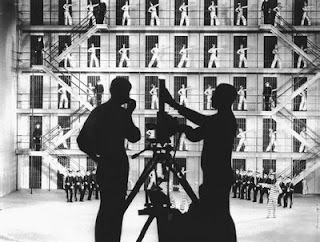 The set for the dancing convicts number.
Posted by Yvette at 4:26 PM