Live Long and Prosper - Ten Character Actors Who Did. 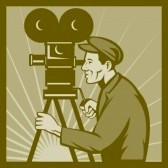 No, this post doesn't have anything to do with the famed Star Trek Vulcan salutation - but I commandeered the sentiment for my post because it is so damned apt. So if you were hoping for Star Trek stuff, I apologize.

Over my many years of movie and television watching (and believe me, I was there at the beginning - TV, that is) I've noticed something rather intriguing: Character Actors live long and prosper. The good ones that is. The one with interesting faces. The ones who are a perfect 'type'. And, oh by the way, the ones who would age in a manner that makes them even more interesting to look at as the years go by. They should also be durable.

These were actors who would never be stars, whose names may not even be known by much of the public, who would always play second or third bananas - but - these were actors who filled out a cast and made movie-watching so much fun in the good old days. Character actors today, for whatever reason, are just not as much fun to watch. (Maybe we're too politically correct to cast for type.) Plus, movie faces nowadays are just not as interesting. "We had faces then,"  is not just a movie line.

Of course you can't make yourself a 'perfect type,' you have to be born that way. THEN as you grow up you have to have the luck and the genes to fit the current stereotype. Then there's the little matter of talent. Yeah, you have to have acting talent as well.

It's not an easy fit, but for some blessed few, it meant a lifetime of work and a good steady income. It was awfully hard to narrow the list to just 10 of my favorites. But I did my best. 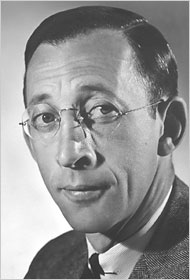 The King of Crankiness.
1) Charles Lane (1905 - 2007) was the granddaddy of them all. He lived to be 102 and I wager he probably worked for most of those years. Certainly he was in every movie ever made. Well, I exaggerate, but he was in hundreds of films over his long, prolific career. In the 30's, 40's, 50's, 60's, 70's and even later, he was everywhere. And he always played the same cranky type. His face and voice personified crankiness. He had an attitude that personified it as well. He was wonderful. My eyes always lit up when I spotted Lane among the cast. He was a pro who always delivered. 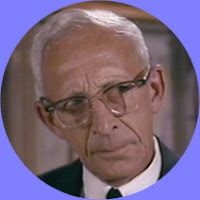 To read more about Charles Lane life and see a list of the movies and shows he worked on, please use this link to his Internet Movie Database page.

King of adorable goofiness.
2) Edward Everett Horton (1886 - 1970) was another prolific chap who seemed to appear in every movie made in the 30's and 40's - usually as the main lead's friend, cohort, uncle, father or lawyer. He was especially delightful working opposite Fred Astaire. But wherever or whenever Horton's funny, old-maiden-ish face appeared, you couldn't help but smile. If Charles Lane was the crank, then Edward Everett Horton was the silly, inept, goof of a friend or relative who you couldn't help but love.


To read more about Edward Everett Horton's life and film credits, please use this link to Horton's Wikipedia page. 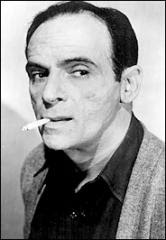 King of the gangsters.
3) Marc Lawrence (1910 - 2005) was the kind of scary looking dude usually called upon to play hard-nosed mobsters..The sort who delighted in evil doings. Though he did occasionally play a cop - against type - he mostly specialized in toughs, gang leaders, henchmen, killers and generally bad sorts who seemed born without hearts. He had an evil cold-eyed look that made you shiver. In type, Lawrence personified the all-around gangster type and played them to the hilt. 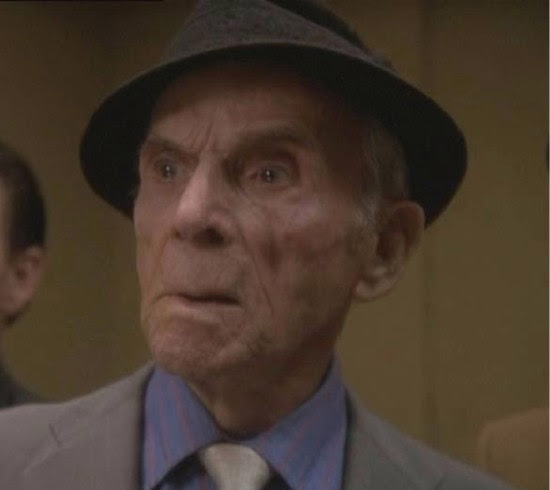 To learn more about Marc Lawrence and his many roles, please go to his Wikipedia page here.

King of the Brash and Fast-Talking.
4) Douglas Fowley (1911 -- 1998) was born to play the fast-talking, brash reporter and often did in the many films he worked on. He was of a more general type though, and could play a gangster, a reporter, a crime-fighter, and even, in SINGING IN THE RAIN, a hysterical film director. He appeared in over 240 films and like the actors mentioned above, extended his career by working in television for years.

Fowley was a bit unusual in type as early in his career, he sometimes played the B-movie love interest. As he got older, his features softened and late in life, he could get away with playing a genial old geezer usually up to some mischief.

To learn more about Douglas Fowley, please go here to his Wikipedia page. 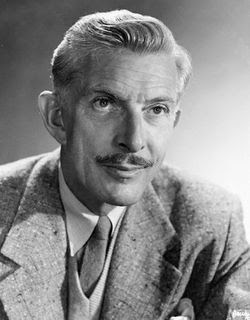 King of the Suave Brits.
5) Alan Napier (1903 - 1988) was an aristocratic looking Englishman who could play butlers par excellence and often did. He is remembered for the part of Alfred in the Batman shows, but I remember him best as Dr. Scott, the second romantic lead in one of my favorite films of the 40's, THE UNINVITED.  He regularly played not only butlers, but noblemen and now and then, a villain or two.

Napier worked steadily from the 30's on and his tall, distinguished presence graced many a movie and later, many a television show.

To learn more about Alan Napier, his life and career, please go to his Wikipedia page.

There was a warmth that Keye Luke generated on screen and his very likability made him the obvious choice whenever a Chinese character needed to be cast. 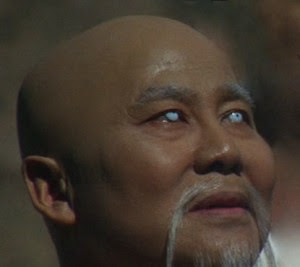 To learn more about Keye Luke, his films and career, please go to his IMDB page.

Queen of the bit-players.
7) Ellen Corby (1911 - 1999) is remembered best, I suppose, for her Grandma Walton role in the popular television program, but she'd worked prolifically in movies for many years before that. She was mostly a bit player to begin with, more than a character actress, but her face was a natural for any sort of sympathetic every-woman part. In the above pix, she's playing a waitress in SUSAN SLEPT HERE, the 1954 Debbie Reynolds and Dick Powell movie.


Extremely versatile in looks, she could also play a gossipy, snippy natured woman or a cold sort lacking in warmth when the part called for it. Later as Grandma Walton, where she gained a modicum of fame, she looked like the universal sort of grandma we'd all like to have.

To learn more about Ellen Corby, please go to her Wkipedia page. 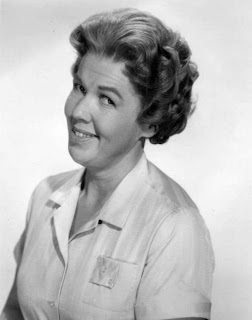 Queen of the Every-woman.
8) Kathleen Freeman (1919  - 2001) was another every-woman character actress who filled any role calling for a waitress,  a teacher, a secretary, a cook,  a clerk, or nosey neighbor. For many years, in many, many films and/or television, she was that ubiquitous face you couldn't quite name, but you'd always remember.

To learn more about Kathleen Freeman, please go to her Wikipedia page.

King of the Cranky Square-heads.
9) John Hoyt (1905 - 1991) had, as my friend Jacqueline Lynch once stated on her blog, ANOTHER OLD MOVIE BLOG, the '...squarest face in movies.' Or words to that effect. I definitely concur. There was nothing soft or rounded about John Hoyt's hawkish face.
So, he always played hard-edged characters who were very often cranky. Though Hoyt's crankiness was different in character from Charles Lane's. Hoyt's was more ominous, his annoyance had a deadlier edge. I remember him best as the odiously selfish millionaire in WHEN WORLDS COLLIDE.  Hoyt could play cold and odious better than most.

To learn more about John Hoyt, please go to his IMDB page. For a partial list of his movies, you'll need to go to his Wikipedia page. 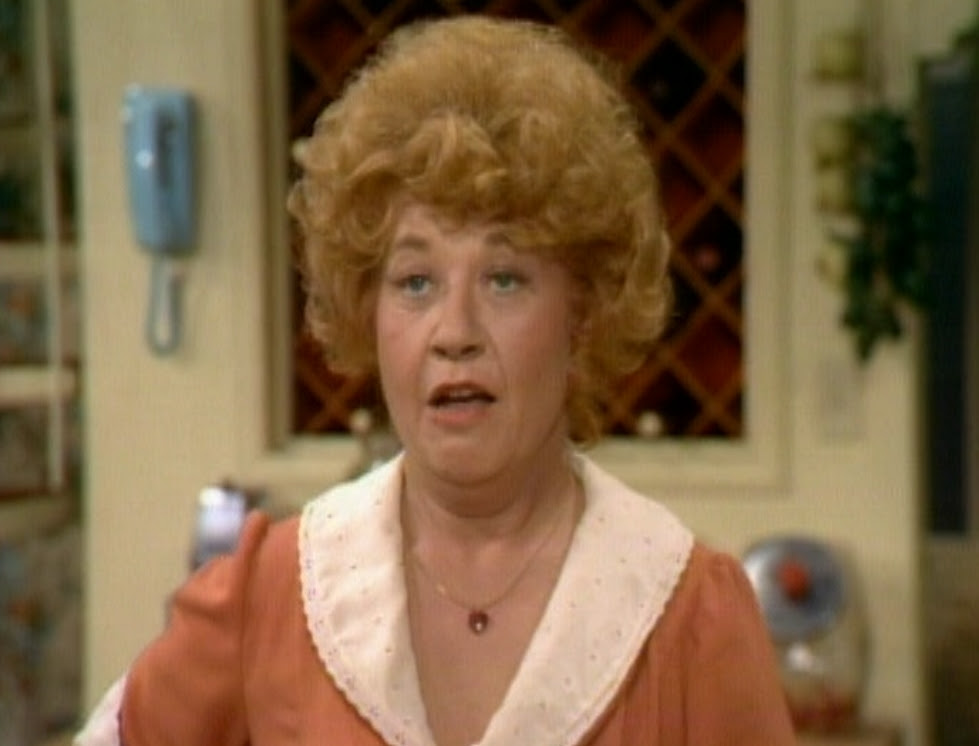 Queen of the loony-toonys.
10) Charlotte Rae (1925 - present) is a loony-toony character actress and, to my mind, one of the funniest women to ever walk the earth. In over sixty years in television, she made any episode of any show she ever appeared in, that much funnier. Primarily remembered for the inane comedy series, THE FACTS OF LIFE. She was capable of SO MUCH MORE. But hey, I won't quibble. It was a steady gig for a few years. More power to her. She made the show better than it was.
There's just something about Charlotte Rae's persona that makes me think she's always a few seconds away from flying off the handle. Just thinking about her makes me smile.
I remember Rae best as Sylvia Schnauser, in CAR 54, WHERE ARE YOU? But any show she ever appeared in, I knew right away I was in for some laughs. 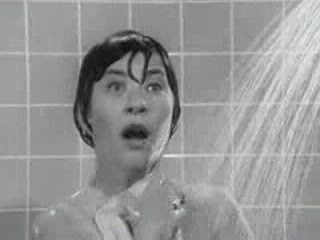 To learn more about Charlotte Rae, please go to this link.

So, what is it, do you suppose that made character actors of the past so long-lived? Maybe it was the steady work and income? Maybe it was their acceptance of their place in the acting eco-system?
I'm not sure.
Opinions, welcomed.
Posted by Yvette at 4:41 PM