5 Best Books is the weekly meme hosted by Cassandra at her blog INDIE READER HOUSTON. Each week there's a new topic about which to post 5 Best Books.

This week it's tragedy's turn. A topic fitting this week's date and grim anniversary.

I must say I don't, normally, read tragedies or tragic stories with uplifting endings. (Did enough of that in school.) For whatever reason these are not the sorts of books that interest me. But I did manage to find a few that might fit the bill for this week's topic.

A harrowing account of growing up in a family where the 'adults' were totally unprepared and unfit to be parents. It is amazing to me that the Jeanette and her three siblings grew up at all. This is not the kind of book I will generally read, but I'd heard so much about it and read such favorable press that I took the plunge. I finished the book full of admiration for the resilience of the author and her siblings.

Four children living under dreadful conditions, dragged from place to place across the country as their dysfunctional mother and father took odd jobs (when they worked at all) and left the kids - literally - to take care of themselves. When we first meet Jeanette, she is three or four years old and boiling hot dogs because her mother has forgotten to feed her. The water topples over and Jeanette is burned terribly and must be rushed to the hospital where later her father grabs her, sure that the doctors are up to no good, and races out of the hospital before anyone thinks to stop him.

One of the things I found most disturbing about this book is how no one in authority intervened to remove these children from these mentally disturbed parents. It was left up to the kids to survive on their own. How Jeanette Walls manages to grow up, marry and carve a career for herself AND to forgive her parents is an incredible testament to the human spirit. 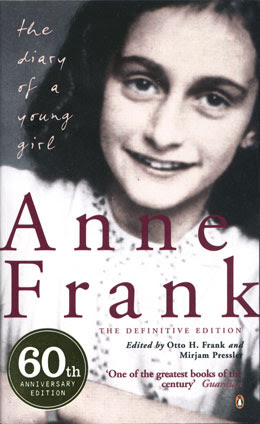 2) THE DIARY OF ANNE FRANK by Anne Frank - Non-Fiction

I wonder if this book is required reading anymore. I hope it is. Another testament to the human spirit living day-to-day under the most adverse conditions. Though the story ended in tragedy, the diary - one of the most widely read documents to come out of WWII - is itself a hopeful and 'ordinary' accounting of a sensitive Jewish girl on the threshold of young womanhood. It is 1942 and the Nazis have occupied the Netherlands. Anne and her family are forced to live in an attic - hidden by the people downstairs while outside, the Nazis seize most of Europe. A deserving classic of its kind. 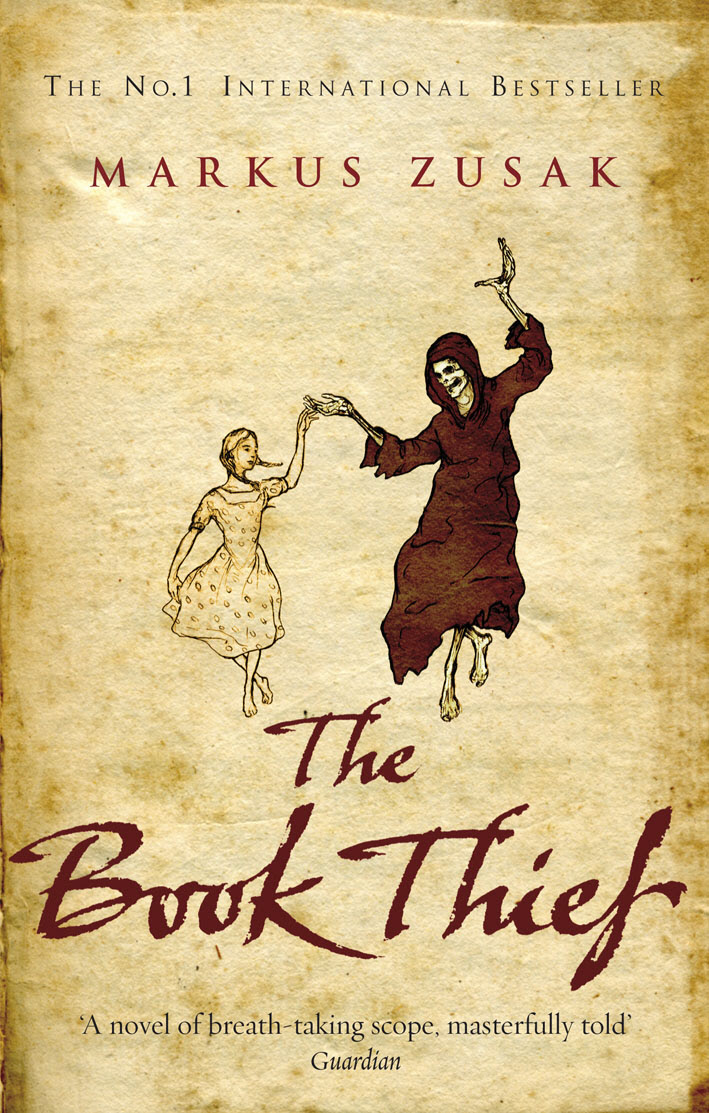 3) THE BOOK THIEF by Markus Zusak

A remarkable tale which if I didn't know better would make me think that the narrator - Death - was trying to make himself and his grim task understood. Set in a village outside Munich, Germany during WWII, this is also the story of Leisel Meminger, a girl barely eking out an existence while Death keeps a close eye on her. Leisel is a reader and not above appropriating a book here and there - hence the title. THE BOOK THIEF is also about the ability of books to feed the human soul even during a time of terrible darkness. It is also about the necessary accommodations humans make in order to co-exist with evil.

This is the first in a deeply affecting NYC noir trilogy (actually there are four books so far in the series, but I'm calling it a trilogy because the first three books make for a very moving and incredibly heartbreaking story which MUST be read in sequence) - the second book is A WELL KEPT SECRET and the third is TRIBECA BLUES. 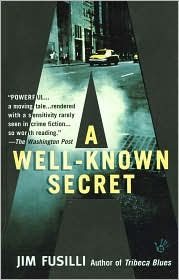 This is the story of NYC private detective Terry Orr and his precocious adolescent daughter Bella. It is the story of a man struggling under a horrible burden: his wife and infant son murdered by a madman - thrown under the wheels of a subway train - and of not having had even a glimmer of so-called closure; the killer is still at large two years after the crime. The suspect is a Raymond Montgomery Weisz and so far he has managed to elude the police. Obsessed and impatient with the official investigation, Terry Orr himself has procured a private detective license so he can search for the killer.

The first two books take us on a journey through Terry's current cases as he earns a living for himself and his daughter though his wife - a famous artist - had left them quite comfortably off. Still, NYC is an expensive town to live in. Terry's daughter Bella is as strong a creation as he is, perhaps even stronger because Terry, despite his attempts at normal fathering, wears his obsessive grief like a shield. It took a while for me to learn to like him - he is not an instantly agreeable character. And as  we read through the first two books there's just something about the story of his wife's death that seems a little odd.

But it's not until the third book that we begin to see the whole picture develop. We learn little by little, what actually happened that awful day in the subway. And the truth of the story is even more bizarre and heartbreaking than we at first imagined. This is a powerhouse of a story. Jim Fusilli, a music critic in real life, writes with compelling grace and clarity, giving us an unique picture of a New York City (and its inhabitants) he knows very, very well.

Kivrin, a 21st century student historian (Oxford in 2048) is caught  - by a glitch in the time travel proceedings - in 14th  century England, in an area ravaged by the Black Death. As the plague wipes out half of Europe and eventually reaches the small community living on a secluded estate in the countryside, one by one, the characters - some of whom she's become quite fond of - die off.

Kivrin views her own doom as she does her best to deal with the encroaching tragedy. In the meantime, the historians back in the 21st century squabble as time begins to run out.
Posted by Yvette at 3:37 PM