Fifty Years Ago Today: CAR 54, WHERE ARE YOU? 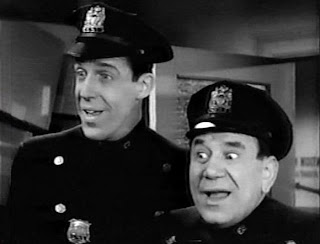 Thanks to Ivan Shreve, vintage movie and TV maven extraordinaire, I've just realized that today is the anniversary of the first show of one of the funniest television series ever to grace our 1960's living rooms.

CAR 54, WHERE ARE YOU? debuted on this date, on a Sunday evening in 1961. It was a show created by Nat Hiken, the comedy writing genius behind the screamingly funny, THE PHIL SILVERS SHOW aka YOU'LL NEVER GET RICH (if you're not familiar with Sgt. Bilko - what are you waiting for?).  Hiken wrote for many of the funniest shows of the era and Ivan has lots to say about him in his tribute. But wait, I'm getting ahead of myself again.

CAR 54 was a comedy about a rag tag bunch of  NYC cops working out of a mythical precinct in the Bronx. It starred the inimitable Fred Gwynne as Officer Frances Muldoon and Joe E. Ross as Officer Gunther Toody. But the show also had one of the best ensemble casts in comedy history. 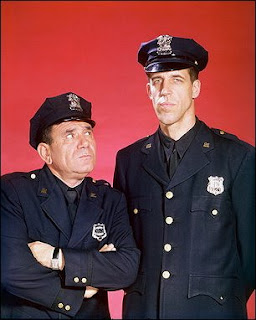 Some people (they shall remain nameless) never 'got' the comedy of CAR 54, but luckily there were plenty of us who adored Toody and Muldoon and the gang. We could all be heard through open windows - laughing till we cried. It was a cacophony which spread from building to building, house to house.

And now, thanks to Ivan, you can read all about it. Go check out his brilliant tribute to a show that even if we haven't actually watched it in years, still lingers in some of our collective memories with a great deal of affection. Just thinking about it brings a smile to my face. 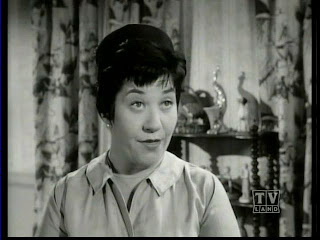 One more word, okay, two: Charlotte Rae. Remember her? She was an incomparable and as I commented to Ivan, one of the funniest women to ever walk the earth. She was also responsible for one of the funniest episodes in the series (the cookie eating episode). Ivan does a TEN BEST CAR 54 WHERE ARE YOU LIST that will have you laughing in and of itself.

Here's the corrected link to Ivan's post. Avail yourselves.

Apologies for not getting it right the first time. 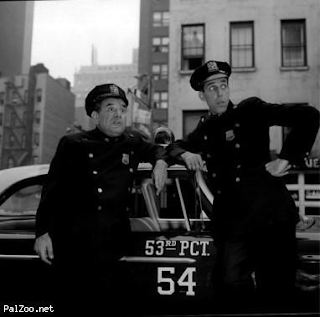