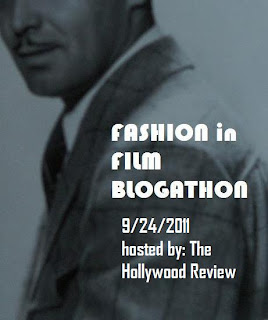 With this entry I celebrate ten + males in films whose costumes have become iconic. 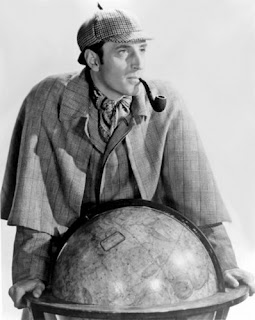 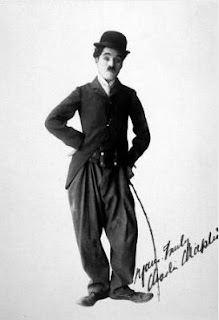 Charlie Chaplin in baggie pants and bowler as The Little Tramp. One of the most recognizable costumes in movie history. 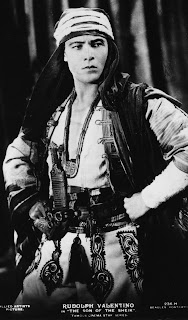 Rudolph Valentino as the Sheik and son of the Sheik. Fantasy desert chieftain par excellence. 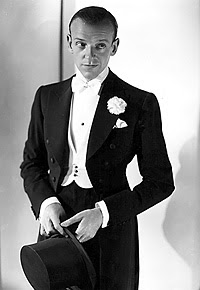 White tie and tails were invented for Fred Astaire. He made sophistication easy. 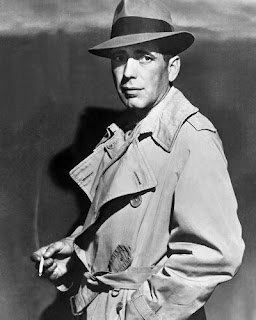 Trench coat and fedora. Perfectly straightforward detective wear. Bogart was born to it. 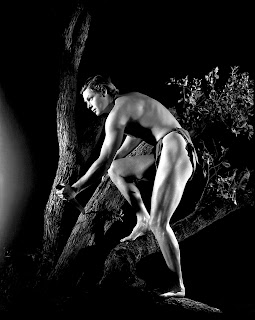 Speaking of born to it. No one could wear a loin-cloth quite like Johnny Weissmuller as Tarzan. An exceedingly simple costume, but highly effective.

Yul Brynner in black from head-to-toe for THE MAGNIFICENT SEVEN. The gunslinger of myth. 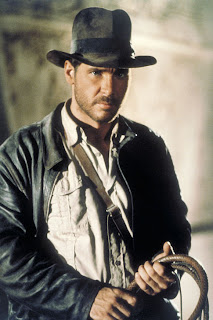 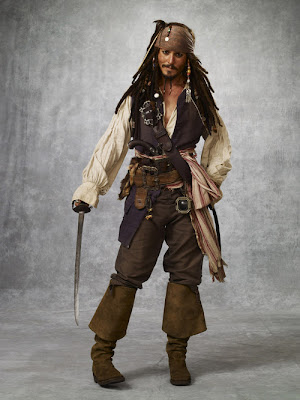 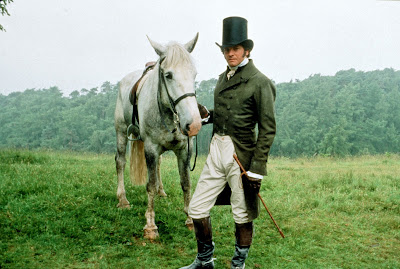 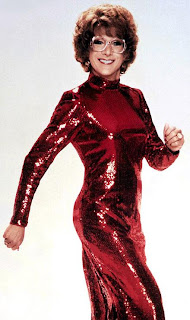 Dustin Hoffman as TOOTSIE. Who says a man can't wear red sequins?
Costume design by Ruth Morley.
Posted by Yvette at 10:00 AM