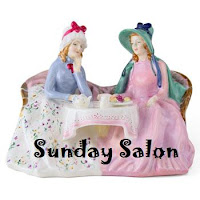 Yesterday was a terrific football day, well, afternoon and evening into night. The way underdog Seattle Seahawks who, with a losing season of 7 and 9 should not, according to some, have been in the play-offs at all, WON their game against the Superbowl defending (Last year's champions) New Orleans Saints! A tortuous sentence, but wanted to get it all out in one breath! Ha!

Then, wonder of wonders, the New York Jets beat their nemesis, the Indianapolis Colts! The Colts' quarterback, Superman...uh,Peyton Manning, did his best, especially in the final minutes of the fourth quarter, but still his team came up one point short. Hooray for the Jets!

I'm not even going to talk about next week's game: Jets vs. the New England Patriots. Why? You may ask and all I'll say is that the last time the Jets met the Patriots, it was total annihilation. The Jets were stomped on until they squeaked. Embarrassing.

But for now, I am enjoying the Jets' hair-raising, breathtaking win.
I LOVE IT WHEN THE UNDERDOG WINS!!

Today there are two more NFL games scheduled: the Green Bay Packers vs. the Philadelphia Eagles and the Baltimore Ravens vs.the Kansas City Chiefs I have no favorite to root for, so, as usual I'll root, root, for the Underdog! Nothing can top yesterday's wins, though. FUN!

Other than football, this was a pretty uneventful week. Lots of reading took place, I generally weeded through my Library Loot (tons of vintage I brought home on Tuesday), most of it disappointing, most of it going back unfinished. I won't bother naming names just in case others in the Vintage Challenge might want to read and appreciate these authors. Just because their work didn't appeal to me at this time doesn't mean it won't appeal to others.

We talked on the blog about Ellery Queen and how he is an acquired taste best served in small doses. But in my Loot there are two Ellery Queens that made the cut. So far. They are: THERE WAS AN OLD WOMAN and THE ROMAN HAT MYSTERY.

I also have four titles by Eric Ambler, going to read some spy fiction - not my favorite - but I've heard about Ambler's worth over the years and am going to give him a try. The four are: JOURNEY INTO FEAR, A COFFIN FOR DIMITRIOUS, CAUSE FOR ALARM and BACKGROUND TO DANGER.

I have several other titles by various vintage authors that survived the cut as well, so we'll see what happens. I am always hopeful when it comes to books. You just never know.

We had a great discussion on my Friday book rant: WHEN IS A BOOK NOT A BOOK? (When it is an 'objet d'art.) Lots of interesting comments. Maybe I'll have to 'rant' more often. Ha!

...and another wonder of wonders, I joined a new Challenge. A non-fiction one. So now I have three (3!) Challenges lined up for 2011 and I am absolutely, positively done. This new one is so simple though, I felt as if it were not a challenge at all. I read non-fiction anyway. This one is called THE DEWEY DECIMAL CHALLENGE and the particulars are available here at The Introverted Reader. I posted about it as well.

We talked about one of my all time favorite films: COLD COMFORT FARM on Tuesday. I urge you to see this delightful film if you haven't already. Read the book by Stella Gibbons too, it is a classic of its kind.

We had some more snow this week, not much to write about really. But it is accumulating. Rocky doesn't like it, so our walks have been cut short. He looks fetching though in his little winter jacket. I'm hoping we won't get hit with any major blizzards, but I think I'm probably hoping in vain. Though New Jersey often doesn't get the worst of things, weather-wise.

We'll see how it goes.