The NY Jets Will Skip the Super Bowl Again. 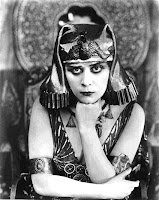 Oh well, the Jets lost the AFC Championship game to the Pittsburgh Steelers. I'm feeling ferklempt. They had a good postseason, though. They beat Peyton Manning's Colts and Tom Brady's Patriots. Not too shabby. But it would have been nice to see them in the Super Bowl after so many, MANY years - last time was in the sixties. Yeah, it would have been nice.
Posted by Yvette at 11:17 AM