Four Books I Must Read or Curl Up and Die 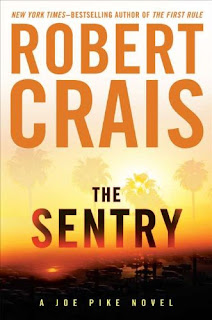 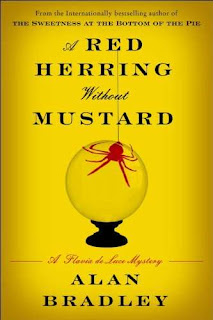 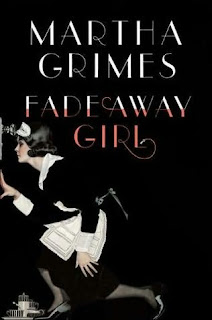 Ha! Just kidding. (I think.) But these are the four newly released books I am most anxious to read just as soon as I can. If only the people ahead of me on the library list would hurry up and finish their copies, all would be well. In the meantime, I content myself reading other smasheroo books, i.e. KRAKEN by China Mieville, which I am liking very much and which was part of my Santa Christmas loot.

THE SENTRY by Robert Crais. I am always ready to read any Robert Crais book, but most especially his series featuring L.A. private detective Elvis Cole and his enigmatic friend, Joe Pike. THE SENTRY is the third in the Joe Pike series begun with THE WATCHMAN, extended with last year's superb THE FIRST RULE and now I hear THE SENTRY is equally superb. The original series from Elvis Cole's point of view began way back when with THE MONKEY'S RAINCOAT. (A series that should be read in order, most especially in the begining up until L.A. Requiem.) Read more about Robert Crais tomorrow when I write my Letter C post for the Crime Fiction Alphabet Challenge 2011.
FADEAWAY GIRL by Martha Grimes. I've read every DCI Richard Jury mystery, Grimes has written and mostly loved them all. It's a shame that the prolific Martha Grimes is so underrated and often forgotten about when bloggers mention great mystery writers. She deserves better, an amazing writer. FADEAWAY GIRL is the latest in the quirky series featuring 12 year old Emma Graham, the sequel to Belle Ruin.Though I don't see how anything can top COLD FLAT JUNCTION, one of my very favorite books. Somehow Martha Grimes has managed to give this series a kind of gothic quality though it's set in the American west of dry desert country and small underpopulated towns. The cast of characters is quirky, to say the least.
A RED HERRING WITHOUT MUSTARD by Alan Bradley. The third in Bradley's wonderful series ALSO featuring a 12 year old protagonist. The series is set in the English countryside of the 1950's and Bradley captures the bleak post war ambiance perfectly. The heroine, Flavia De Luce is a lonely young girl, a prodigy mostly ignored by her family and left on her own to invent, experiment with chemicals (there's a convenient laboratory on the upper floor of the family house) and otherwise keep herself busy. Which she does, often getting in the way of a murder investigation. The first book THE SWEETNESS AT THE BOTTOM OF THE PIE won just about every award for a debut novel. The second book THE WEED THAT STRINGS THE HANGMAN'S BAG was even better.
ONE WAS A SOLDIER by Julia Spencer-Fleming. This is the 7th in the Clare Fergusson series set in a small upstate New York town in which it always seems to be winter. All I can say is I've loved this series since the first book, IN THE BLEAK MIDWINTER and not a single book following that initial award winning debut has let me down. Clare Fergusson is such a unique protagonist, she is a minister and an army veteran helicopter pilot (Iraq War), now in the Reserves.
How Clare first arrives in the town of Miller's Kill and over the course of these books insinuates herself into the town and the lives of its people while often caught up in the murder investigations of by-the-book Police Chief Russ Van Alstyne makes for great reading. BUT, this is definitely a series that MUST be read in order from the beginning to get the full effect of the deepening friendship between Clare and the police chief who, from the beginning is very much married. The author has always handled this aspect of the storyline with tact and an intensity of feeling expressed mostly in silence. To see the titles of the other books in this great series, please go to the fantastic fiction website.
Posted by Yvette at 11:06 AM