What are your favorite Book Beginnings? 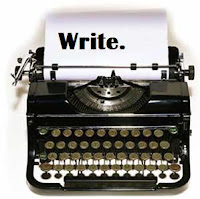 I was looking through another of the quirky books I've collected over the years, IN THE BEGINNING - Great First Lines From Your Favorite Books, Collected by Hans Bauer (1991), and came across some opening gambits that I'd forgotten or never knew. Not every author has the knack for beginning well, but those that do are off to a running start. Now all they have to do is make sure the rest of the book lives up to the beginning.

Not all of my favorite opening lines are included in this little book, obviously, or the book would be too heavy to carry, but "IN THE BEGINING presents the all-important first sentence to more than 500 novels." There are enough intriguing ones to make for fun reading and reference. And I did find some of my own favorites mixed in with many I'd never heard of before and a few I didn't agree with. There are plenty of sites online which list First Lines of books, so further exploration is easy enough.
To begin with, here are a few choices from Bauer's book:
All children, except one, grow up. PETER PAN, J. M. Barrie, 1911
It is a truth universally acknowledged, that a single man in possession of a good fortune, must be in want of a wife. PRIDE AND PREJUDICE, Jane Austen, 1813
He was born with a gift of laughter and sense that the world was mad. SCARAMOUCHE, Rafael Sabatini, 1921
All nights should be so dark, all winters so warm, all headlights so dazzling. GORKY PARK, Martin Cruz Smith, 1981
All happy families are alike but an unhappy family is unhappy after its own fashion. ANNA KARENINA, Leo Tolstoy, 1878
Later that summer, when Mrs. Penmark looked back and remembered, when she was caught up in despair so deep that she knew there was no way out, no solution whatever for the circumstances that encompassed her, it seemed to her that June seventh, the day of the Fern Grammar School picnic, was the day of her last happiness, for never since then had she known contentment or felt peace. THE BAD SEED, William March, 1954
It was a queer, sultry summer, the summer they electrocuted the Rosenbergs, and I didn't know what I was doing in New York. THE BELL JAR, Sylvia Plath, 1963
My wife Norma had run off with Guy Dupree and I was waiting around for the credit card billings to come in so I could see where they had gone. THE DOG OF THE SOUTH, Charles Portis, 1979
"So you boys want to help me on another case?" Fenton Hardy, internationally known detective, smiled at his teen-age sons. THE HOUSE ON THE CLIFF/The Hardy Boys, Franklin W. Dixon, 1927
I had the story, bit by bit, from various people, and, as generally happens in such cases, each time it was a different story. ETHAN FROME, Edith Wharton, 1911
Have you ever known a famous man before he became famous? YOUNGBLOOD HAWKE, Herman Wouk, 1962
I had a farm in Africa, at the foot of the Ngong Hills. OUT OF AFRICA, Isak Dinesen, 1937
In his new boots, Joe Buck was six-foot-one and life was different. MIDNIGHT COWBOY, James Leo Herlihy, 1965
When I was a young boy, if I was sick or in trouble, or had been beaten at school, I used to remember that on the day I was born my father had wanted to kill me. THE LAST OF THE WINE, Mary Renault, 1956
It was five o'clock on a winter's morning in Syria. MURDER ON THE ORIENT EXPRESS, Agatha Christie, 1934
The stranger came early in February, one wintry day, through a biting wind and a driving snow, the last snowfall of the year, over the down, walking as it seemed from Bramblehurst railway station, and carrying a little black portmanteau in his thickly gloved hand. THE INVISIBLE MAN, H.G. Wells, 1897
I shook the rain from my hat and walked into the room. I, THE JURY, Mickey Spillane, 1947
Under certain circumstances there are few hours in life more agreeable than the hour dedicated to the ceremony known as afternoon tea. THE PORTRAIT OF A LADY, Henry James, 1881
It is a curious thing that at my age - fifty-five last birthday - I should find myself taking up a pen to try and write a history. SHE, H. Rider Haggard, 1885
In the town there were two mutes, and they were always together. THE HEART IS A LONELY HUNTER, Carson McCullers, 1940
I first met Dean not long after my wife and I split up. ON THE ROAD, Jack Kerouac, 1957
Last night I dreamt I went to Manderley again. REBECCA, Daphne DuMaurier,
1938
In eighteenth-century France there lived a man who was one of the most gifted and abominable personages in an era that knew no lack of gifted and abominable personages. PERFUME, THE STORY OF A MURDERER, Patrick Suskind, 1985
Once upon a time there was a Martian named Valentine Michael Smith. STRANGER IN A STRANGE LAND, Robert A. Heinlein, 1961
He rode into our valley in the summer of '89. SHANE, Jack Schaefer, 1949
It was about eleven o'clock in the morning, mid October, with the sun not shining and a look of hard wet rain in the clearness of the foothills. THE BIG SLEEP, Raymond Chandler, 1939
I was never of the opinion, that the honest man who married and brought up a large family, did more service than he who continued single, and only talked of population. THE VICAR OF WAKEFIELD, Olive Goldsmith, 1766

A good sampling, I think. There were a couple of first lines listed that made me laugh out loud and not in a good way. So it seems that some of these first lines are not holding up as well as they ought, at least in my view. Here are a couple:
Indian summer is like a woman. PEYTON PLACE, Grace Metalious, 1956 I'm sorry but I just can't take this seriously, although perhaps for a pot boiler about sex and aberration in a small town, it's apt. Still, it made me laugh. I read PEYTON PLACE back then and thought it was a pretty good book, for what it was. I still think so.
"Who is John Galt?" ATLAS SHRUGGED, Ayn Rand, 1957 Okay, my immediate reaction is to answer: "Who cares?" I certainly didn't, then or now. Never could get through this book. But the opening line seems to me to be stinking with the kind of hubris that smells to high heaven. Just my own personal opinion, you understand. 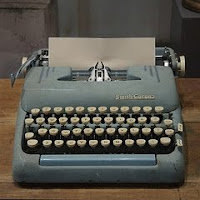 Here are two of my personal favorites- more than just the first couple of lines really, but still within keeping, I think - from mystery author Parnell Hall's very first Stanley Hastings, P.I. book: DETECTIVE.
"I want to kill someone."
"Who doesn't?"
"No. I mean it. I really want to kill someone."
"Everyone wants to kill someone. It's no big deal. I, myself, have a long list, usually headed by my wife."
"You don't understand. I'm going to do it."
For the first time, I gave him my full attention.

This beginning is from the novel STRAIGHT by Dick Francis:
I inherited my brother's life. Inherited his desk, his business, his gadgets, his enemies, his horses and his mistress. I inherited my brother's life, and it nearly killed me.
Dick Francis, especially, had a talent for terrific beginnings.
I have others, of course, but Parnell Hall and Dick Francis are two that always stand out for me.
What First Lines are you most fond of?
Posted by Yvette at 11:07 AM