Saturday Salon: A Favorite Painting or Two or Three.... 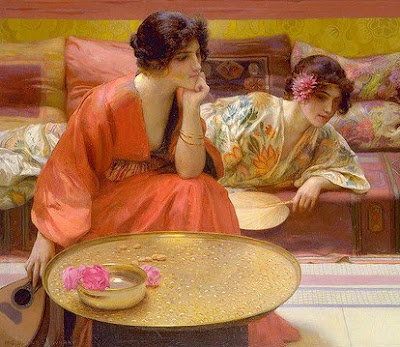 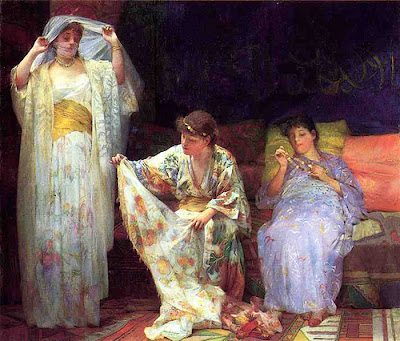 Henry Siddons Mowbray (1858 - 1928) was an American artist born in Alexandria, Egypt of English parents. He was raised in the United States by an uncle, George Mowbray and aunt, Annie Fade, after the death first of his father in Egypt, then later of his mother in this country.

Mowbray left West Point Academy after one year, then studied under artists Leon Bonnat and Jean-Leon Gerome in Paris. Their influence is obvious.  Mowbray's moody representational style is fused with gorgeous color and use of shadow and though his work is reminiscent of other romantic painters of the time, there is still something quite unique about his point of view. Mowbray was also know for his paintings done in Renaissance style featuring religous themes. His work is represented in many public buildings around the country as well as in private collections and museums.

To read a bit more about Henry Siddons Mowbray and his work please check this link. 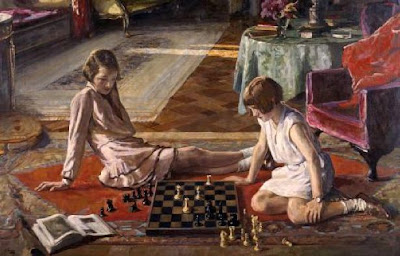