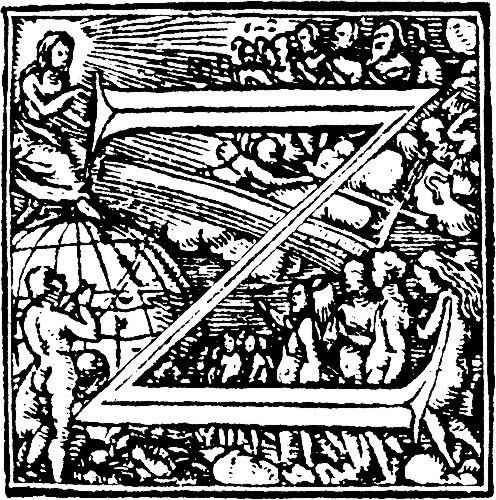 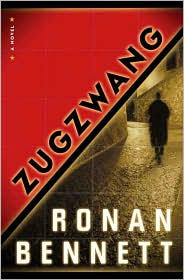 I have a confession to make. I read this book three years ago and yet I have no memory of it except that I know I enjoyed it because I listed it in my journal with a big red check. The name of the book popped into my consciousness (with not much else) when the Letter Z came along - as it inevitably would - in the Crime Fiction Alphabet Weekly Meme hosted by Kerrie Smith at her blog, MYSTERIES IN PARADISE.

I no longer keep a running tab of what I read because I list the books here on the blog. (But I miss the physicality of a journal so I'm debating going back to it.) Anyway, I looked the book up on my library web page and nothing rang a bell. What can I say? This happens sometimes. Actually, a lot of the time. But I just pick up the fragments of memory and move on.

So, long story, short, I'm going to use the library's synopsis to shed a guiding light on this historical thriller by Ronan Bennet.

What is ZUGZWANG? Well, you may ask.

Turns out it's a situational chess term - the one where no matter what move the player makes it can only worsen his position on the board. Sounds like a quicksand sort of thing to me. So, good title for this mystery set in 1914 Tsarist Russia on the eve of an International Chess Tournament.

When two murders occur within weeks of each other as St. Petersburg readies for the tournament...
psychoanalyst Dr. Otto Spethmann, his young daughter and his patients find themselves pawns in a nightmarish game of political intrigue.

...Despite plenty of the usual suspects - Bolsheviks, pro-German reactionaries, Polish nationalists - the police start grilling...a respected psychoanalyst and his eighteen year old daughter. The doctor's protestations of innocence cut no ice with the mysterious police Inspector Mintimer Lychev who shares the doctor's love of chess. The only hope the Doctor has, is to use his analytical skills to crack the case while attempting to keep the mysterious inspector from check-mating his efforts.

Roiling with class tensions and rife with danger, St. Petersburg, during the twilight of the last Czar serves as the chess board on which Irish author Ronan Bennett stages this heady historical thriller.

Sounds good to me.
And I don't even play chess.

This is one of several historical mysteries set in Russia that I happen, coincidentally, to have read within the past couple of years. It's a setting I'm still not completely comfortable with. No matter how much I read about it, it still seems coldly exotic and unfamiliar, but I know I enjoyed the books enormously (my journal tells me that) - though it's true, some of them are remembered more than others.