Watson and Holmes in the original drawings by Sidney Paget. 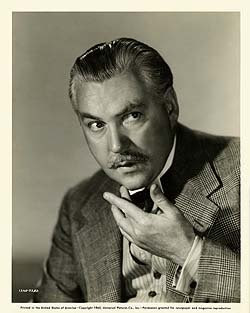 Nigel Bruce as Watson in all fourteen films with Basil Rathbone as Holmes.

Ian Hart as Watson in the PBS Mystery production of The Hound of the Baskervilles with Richard Roxburgh as Holmes.

Edward Hardwicke as Watson (he took over from Burke and made the role his own) beginning with The Return of Sherlock Holmes with Jeremy Brett as Holmes.

Martin Freeman as Watson in the newest, modern day version of Sherlock Holmes with Benedict Cumberbatch as Holmes.
***********************************﻿
Today - July 7th - is the birth date (supposed) of John H. Watson (b. 1852 ), doctor, army surgeon, wounded soldier, dedicated friend, trusted and devoted side kick to the greatest detective who ever lived, Sherlock Holmes. As much as Holmes always bridled at the very idea of Watson's case-book chronologies, I wonder where the world of detectivizing and literature would be today if not for Watson's insistence on telling tales.
Arthur Conan Doyle knew what he was doing by having the Holmes stories narrated in the first person by an interested on-looker. Stories told by Holmes himself would have been, admittedly, nothing but humorless, romance-free tracts on crime-fighting in Victorian England with particular attention paid to the copious and various minutia of scientific clue-gathering, tobacco particle by bit of ash, by bit of indigenous earth by depth of footprint.

The role of Watson hasn't changed much over the years, even as the stories based on the original canon have expanded and morphed into modern day scenarios - he remains the devoted helpmate, ready to lend a hand, move into 221-B Baker Street between marriages and/or run off with Holmes to solve a case on nothing more than a moment's anxious notice. His devotion to his friend is complete and unstinting. For my money, this friendship is what makes Holmes, who would otherwise be nothing more than a brain encased in a walking/talking shell, human. Though occasionally short-tempered and impatient with Watson, Holmes' affection and devotion for his friend is, I believe, as deeply felt and returned.

Not to put too fine a point on it, I believe that Watson was Holmes' savior. There was always that something about Holmes that made me think he did not want to, essentially, disappoint Watson's hero-worship. Though Holmes is, of course, as self-involved and selfishly self-centered as any genius, he does come to realize, I think, that with Watson at his side,  he [Holmes] is a better man.

Today we celebrate the birthday of a man who would have probably been embarrassed to be called 'great' and yet, in my book, he evidenced his greatness by the very unimaginative, naive and sheer simple goodness of his nature and his complete devotion to that most difficult genius whom he called "...the best and wisest man whom I have ever known."

We should all be so lucky to have such a friend.