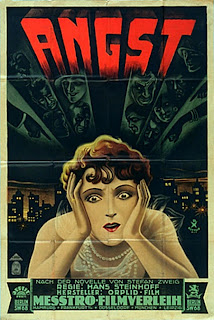 Obviously, Netflix is a necessity if you love films as much as I do and I know that nothing in life is fixed, much as we would wish it otherwise. 'Streaming direct to your computer or TV or whatnot' appears to be the wave of the Netflix future. They are shifting their focus from DVD home delivery to streaming, shifting their monthly plans as well.  I now have a major decision to make.

I was notified that my current plan will end as of September, 2011. They're separating the DVD plans from the streaming and we'll now have to pay for each - rather than the all inclusive 9.99 a month for both that I'd been luxuriating in. So if I want to continue with DVD delivery - that will be 7.99. If I want to continue with steaming - that will be another 7.99. I can continue to have both for 15.98 a month. (You'd think they'd give a discount for both. Like, say, a buck off or something. Nah!)

My feeling is, pretty soon this will start costing as much as cable. This is the second price hike within the last year or so.

Honestly, I quit cable because I didn't want to keep paying the high fees. And I've been doing very well with Netflix. But now I'm not sure I want to pay 16 bucks a month. Not a huge amount in the great scheme of things, but big enough to annoy if you haven't got tons of money coming in every month.

So pipe up, let me hear from you. Should I go with the Streaming plan or the DVD delivery plan?
I'm only choosing one and I can't quite make up my mind. What do you think?