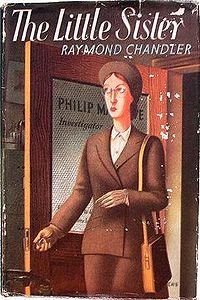 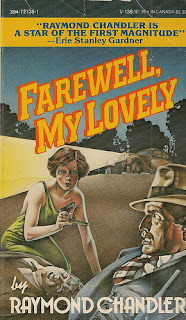 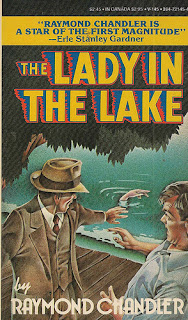 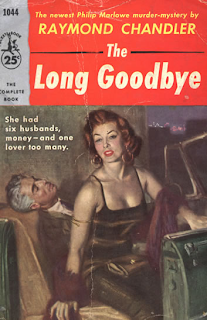 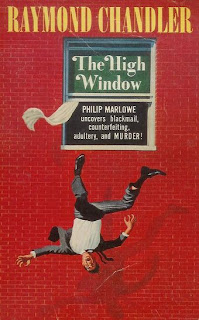 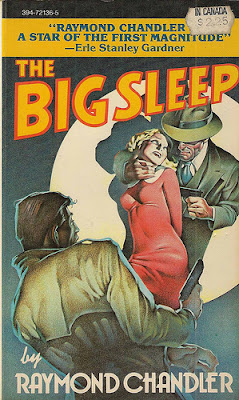 Today is the birth date of one of the originators of noir detective fiction. Raymond Chandler was, by all accounts, a fairly grumpy individual with an inordinate taste for alcohol, but in the grand scheme of things - who cares? What matters is the work he left behind for us to read and reread, film and re-film.

Of all the quotable words Chandler left behind, my favorites continue to be: "Down these mean streets a man must go who is not himself mean, who is neither tarnished nor afraid."  The Simple Art of Murder (1950). This, eloquently and with feeling, describes what I always look for in a solver of mysteries, in the hero of the plots I enjoy reading most.

More Chandler quotes may be found here, one of many pages online devoted to Chandler-isms.

There is also a delightful little book full of quotes, PHILIP MARLOWE'S GUIDE TO LIFE by Raymond Chandler (Edited by Martin Asher) - which a good friend sent me a while back and which I quoted from on a post a few months ago. 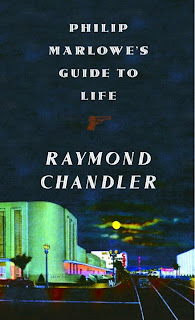 And to read about Raymond Chandler's colorful life, please use this link.

There is also this Raymond Chandler comprehensive web site.

Various and sundry film posters of some of the more famous film adaptations of Chandler's books: 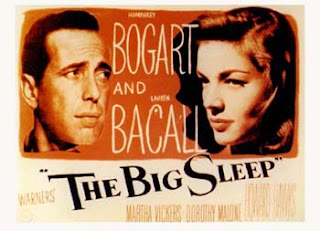 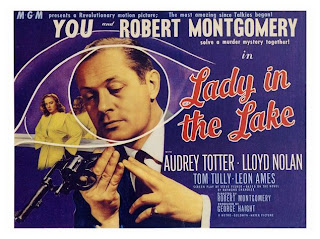 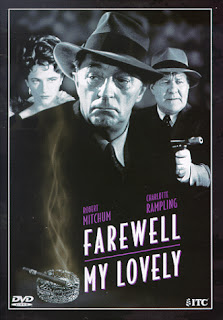 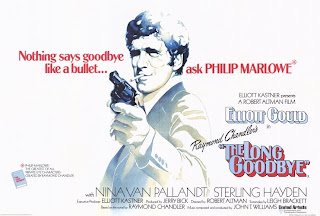 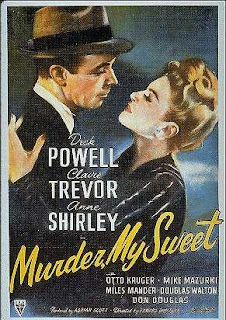 Adapted from FAREWELL, MY LOVELY.﻿ 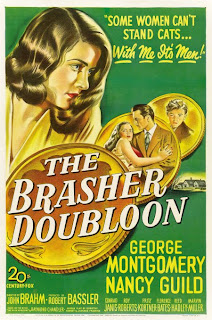 Adapted from THE HIGH WINDOW.﻿ 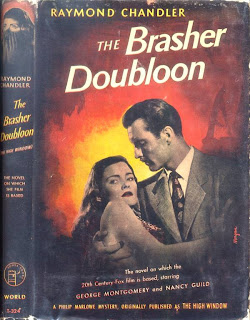 Book adaptation of the film, THE BRASHER DOUBLOON which was, in itself an adaptation of THE HIGH WINDOW.﻿
Confession: I am probably the only person in the world that loves the movie version of THE HIGH WINDOW, titled: THE BRASHER DOUBLOON (which, by the way, I understand was the original name of the book before it was changed to the more boring, The High Window). But then, I am probably the only remaining fan of George Montgomery in the role of Philip Marlowe.

Most everyone else favors Humphrey Bogart and Dick Powell, not to mention Robert Montgomery.  I like those too - Raymond Chandler himself liked Dick Powell's interpretation.

But Georgie is my guy.