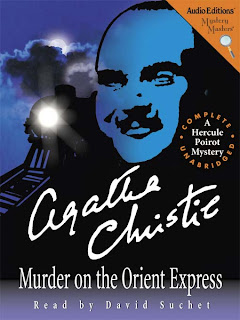 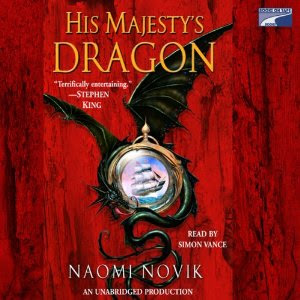 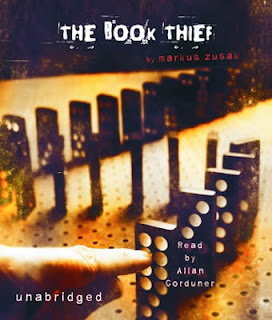 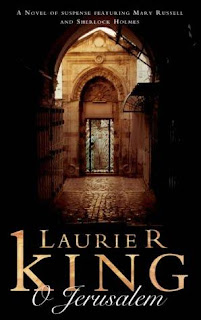 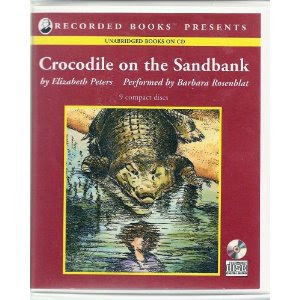 I was reading Lyn's audio books post over at her I Prefer Reading blog and liked it so much, I wanted to share it with you. I love audio books as well. Though I haven't listened to a huge amount, I think I've listened to my fair share. A book in the ear is a great thing while you're doing chores, or in certain work spaces, or walking a dog, or exercising or taking long trips. I have a friend who regularly travels with her husband for long driving distances and they make the time fly by listening to books in the car. They've practically gone through all of Sue Grafton's books that way plus discovered a few authors they might not have 'read' otherwise.

I've been listening to books on and off for years, from way back when they were still on cassette. Mostly I listen while I work at my drawing table or fiddle about with the computer. For whatever reason, I prefer to listen to books I've already read. But now and then I break my own rule. Lyn mentioned the Peter Whimsey audios and they sound like something I'd love. I read the books years ago and this will be a way to renew my acquaintance. The Georgette Heyer audios also sound very appealing. Not to mention the P.G. Wodehouse books (which I haven't' read yet, but I'll throw caution to the winds and listen to them anyway).
In the past I've listened to, among others, The Book Thief by Markus Zusak beautifully read by Alan Gorduner. Pride and Prejudice read by actress Susannah York, a couple of early Amanda Quick books (I don't like the books she's written in the past few years, so I just stick with her early stuff), Agatha Christie's Murder on the Orient Express read by David Suchet (who else?). Blood Money by Thomas Perry, a Jane Whitefield book read by Karesa McElheny. And Then There Were None by Agatha Christie, read by Hugh Fraser. (He plays Hastings, Poirot's sidekick in several of the PBS mysteries and he has the most elegant speaking voice.) Smokescreen by Dick Francis, read by Edward Woodward. Chance, a Spenser novel by Robert Parker read by Burt Reynolds - yes, Burt Reynolds (he's okay but he doesn't do a Boston accent at all) and a couple of the Harry Potter books read by Jim Dale who is truly amazing.
Some of my absolute favorites have also been the Amelia Peabody books, Crocodile on the Sandbank and The Curse of the Pharaohs read by the wonderful Barbara Rosenblat who captures Amelia's acerbic wit and spirit perfectly. She becomes Amelia, you can't ask for more than that. I've also enjoyed Jenny Sterlin's reading of Laurie R. King's O Jerusalem and The Moor, both part of the Mary Russell and Sherlock Holmes series. A series I declare one of the best Sherlock Holmes pastiches ever, if not the best. King makes Holmes a flesh and blood man, something that even Conan Doyle failed to do.
I also recommend His Majesty's Dragon by Naomi Novik read by Simon Vance who is called upon to give actual voice to a dragon and does so. These Temeraire dragon books by Novik make up a very special series even for those who do not like fantasy or dragons or what not.
I never did either and yet, these books are on my own personal list of Favorite Books Ever. Film maker Peter Jackson of LOTR fame has optioned the books, last I heard, and hopefully, one of these years we'll see Temeraire come to life on film. I, for one, simply cannot wait.
These brilliantly conceived books are set during the Napoleonic Wars, so they mix actual history with the fantasy of a dragon aerial corps engaged in the fighting between France and England. I cannot urge you enough to pick up one of these books and have a look - begin at the beginning of course, with His Majesty's Dragon, either by audio or on the printed page. I've never read anything like them and I doubt I ever will.
Well, not a very long audio list, but I intend to do better. Reading other people's audio choices has gotten me interested once again in making the effort to get my ears engaged. Audio books have a kind of soothing quality to them, like being read to when you're feeling a bit under the weather except you're not under the weather but you're still being read to. I like it.
Posted by Yvette at 2:09 PM