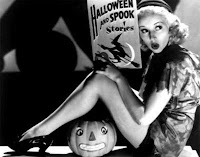 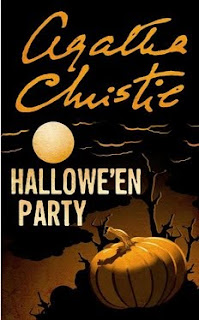 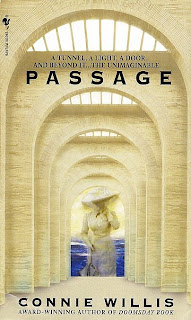 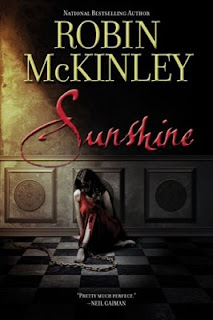 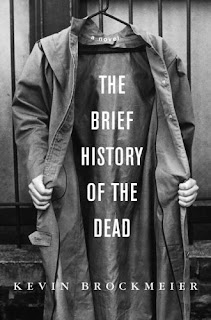 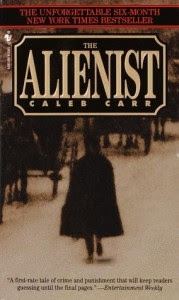 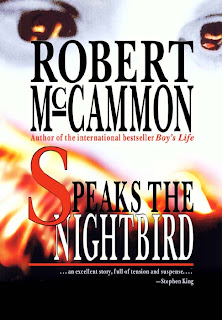 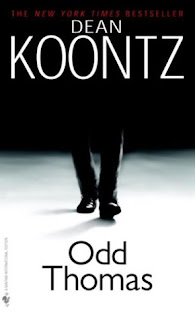 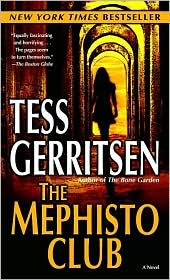 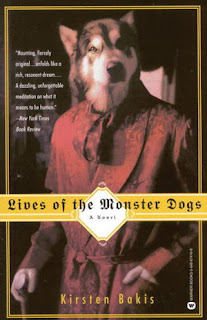 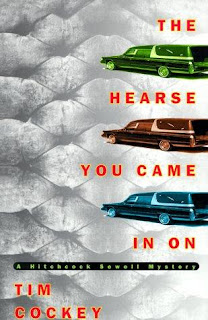 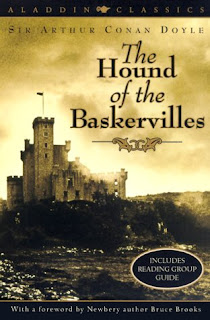 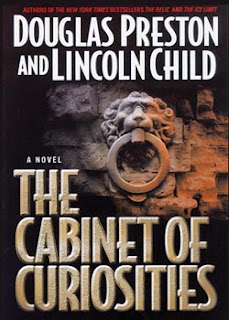 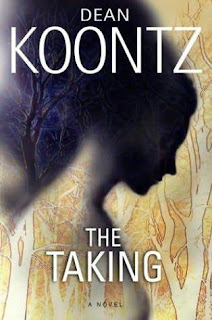 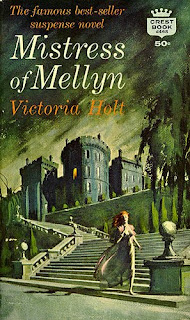 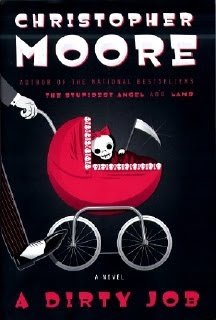 Ok, I was going to wait until it was Officially October before I posted a bunch of titles that might make fine reading for the Halloween season (yes, I suppose it is now a season on its own) but over the weekend, I saw some front yards already decorated with humongous blow-up pumpkins, scarecrows, etc and thought: if I wait for October, Christmas will be upon us and I'll be a day late and a dollar short with my list. Long sentence, I know. I'm prone to that.

Anyway, so let's talk about mysteries, beasties, ghoulies and things that go bump in the night. None of my recommendations are horror per se, because, well, I never read horror-HORROR. (Well, hardly ever, I do occasionally read Dean Koontz.) I do read thrillers and horrible stuff happens in them, but they're not qualified as horror, unless it's John Connolly and I never read him - too scary. (Although I admit he's a terrific writer.)

I thought I'd just make my list a bit different from others by not including titles you'd probably see everywhere. I hope I've made my list a fun melange of different sorts of books. Things I think are perfect for this time of year when ghosts, witches and goblins lurk on every corner.


There's only one vampire book, because, as a rule, I don't read vampire books. But Sunshine by Robin McKinley is the rare exception. I've read this twice and the second time held up as well as the first. I'm about to break the rule for a second time, though as I have The Passage by Justin Cronin sitting here waiting to be read. Can't recommend it though, 'cause I haven't read it yet. I also don't read Stephen King, so that explains the absence of his books.


I'm only going to post a couple of sentences about each book shown above, because otherwise this post will go on indefinitely and we can't have that. I like to talk books too much as it is.


HALLOWE'EN PARTY by Agatha Christie
(Well, with a title like this, how could you not read this for Halloween?) Eccentric mystery writer Ariadne Oliver calls upon Hercule Poirot to solve a nasty murder which took place at a party she attended.


PASSAGE by Connie Willis
Willis is one of the premier American sci-fi writers. I wish she were much better known. I think if she weren't writing in genre, she'd be world famous, that's how good she is, plus it's what she deserves. Passage takes place at a gloomy hospital where a group of doctors/students are studying the near-death experience a little too closely. No, it's not what you immediately think.


AND THEN THERE WERE NONE by Agatha Christie
The classic mystery in a classic setting. Guests are stranded on an island estate after being invited for the weekend by an unknown host.


SUNSHINE by Robin McKinley
As I mentioned, this is the only vampire novel I've ever liked and finished reading. I wish this one had been made into a movie. It is quirky, funny, erotic and scary. Quite an accomplishment.
THE BRIEF HISTORY OF THE DEAD by Kevin Brockmeier
This beguiling, sad and intriguing story takes place in two realities. In one, it is a few years into the future and a great plague has wiped out most of mankind. In the other, we're in a city in which the dead exist as long as they are remembered by those still left alive. A brilliantly conceived book.


THE ALIENIST by Caleb Carr
One of the first historical suspense novels (it takes place in early 20th century New York), to dwell on the new science of crime psychology - the first book in which a serial killer comes to be recognized as such. Ghoulish, but so well written you put up with it.


SPEAKS THE NIGHTBIRD by Robert McCammon
An epic suspense novel, so big it was published in two books. The Carolinas, 1699. A beautiful widow is accused of being a witch and bringing disaster to the town of Fount Royal. The pages fly by in this so you're never really aware you're reading this mammoth undertaking.


ODD THOMAS by Dean Koontz
In my view, this is Koontz's masterpiece. Yes he is a horror writer, but I admit to reading some of his books and this is one that I, thankfully, did not pass up. Brilliant doesn't quite cover Koontz's extraordinary achievement. Odd Thomas is a quiet, self-effacing, self-aware, short-order cook who, oh by the way, can see the dead - it is a Koontz book, after all. Of course, there's bloody stuff happening, but the character of Odd Thomas makes it all worthwhile.


THE MEPHISTO CLUB by Tess Gerritsen
This was my introduction to Gerritsen's Rizzoli and Isles series. (Rizzoli is a Boston medical examiner and Isles, a cop.)It is a violent read and not something I would have ordinarily picked up, but somehow it kept me turning the pages while giving me the creeps. Though the book takes place over the Christmas holidays, it is anything BUT a happy holidays book. Not for the faint of heart.


LIVES OF THE MONSTER DOGS by Kristen Bakis
An eerie, grotesque story of dogs genetically engineered by a 19th century German scientist - the monster dogs in the title - to walk upright and speak with the help of voice boxes. They arrive in NYC, with prosthetic human hands, dressed in Victorian clothing and seeking, as Frankenstein's monster did, their place in the world. The book is hard to find as it is out of print, but in my view, it is well worth looking for in the secondary market.


THE HEARSE YOU CAME IN ON by Tim Cockey
On a much lighter note, this is the first book in the Hitchcock Sewell series, written a few years ago, set in Baltimore. Hitch is an undertaker who solves murders. Yeah, makes no sense, but it's a great deal of fun. Tim Cockey is a terrific writer who should be much better known.


THE HOUND OF THE BASKERVILLES by Arthur Conan Doyle
Doyle's classic. Sherlock Holmes and Watson must solve a creepy murder on the moors. Are the Baskervilles doomed to death by violence? "Mr. Holmes, they were the footprints of a gigantic hound!"


THE CABINET OF CURIOSITIES by Douglas Preston and Lincoln Child
Special FBI Agent Pendergast (eccentric with a Capital E) is on the job again, searching for a nasty, inventive serial killer in NYC. This is another ghoulish read from Preston and Child, but it is also fast moving, creepy fun, in between the dead bodies. There are several books in this series and you can really jump in anywhere. I picked this one because it was my first one.


THE TAKING by Dean Koontz
I read this when I first discovered Koontz and was not disappointed. It's one of his more frightening end of the world as we know it, books. I could not put it down.


MISTRESS OF MELLYN by Victoria Holt
A terrifically moody gothic if you're in a gothic/suspense/love story mood. Has a high creep quotient too, that's why I've included it. Try to find one with the wonderful original cover if you're buying.


A DIRTY JOB by Christopher Moore
After a startlingly sad beginning, this book settles into the kind of thing that Moore is famous for, with his usual cast of characters: ghouls, beasties, humans with second sight - the usual. I LOVE this book. Can't recommend it enough. Moore can be an acquired taste, but if I were you I'd acquire it immediately.


I will wait until October to post my nice list of scary movies for those of you who like the sort of scary I like. (NO exploding stomachs, NO flinging of brains, that sort of thing.) I'm already stocking up on popcorn.

I have read all the book recommendations on this list, so I'm knowing whereof I am speaking when I say these are good reads for times when it gets dark early, leaves are falling, the wind is blowing and a chill has begun to creep into your bones making the whole thing official: winter is coming, the geese are getting fat.