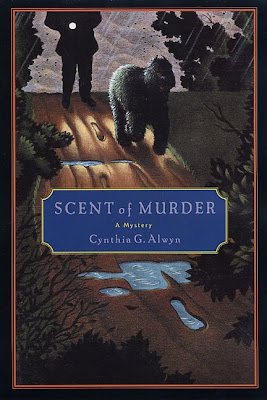 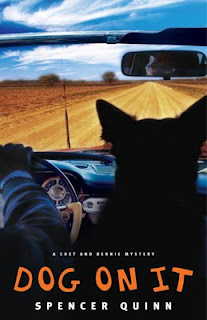 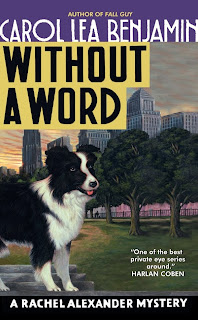 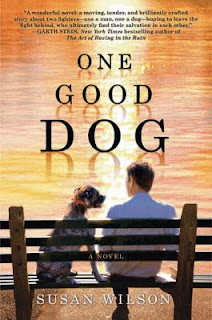 In case some of you have not noticed, I love making lists, especially book-related lists. Best this, Best that, Books to be read, you get the idea. As I've made myself more and more familiar with the many excellent book blogs across the blog-O-sphere (Is that word still in use? Probably not, I always seem to be playing catch-up.), I do see, though, that I'm not the only one with a list fetish. And that is a very good thing. How could we exert some control over our reading if not for lists of one kind or another? Lists make us feel as if we are actually in control, even if we're not.

Since I'm never far from being in a listing sort of mood, I thought tonight I'd post a list of my favorite dog books. I got the idea from this piece in Publishers' Weekly on the suddenly noticeable (at least according to PW) popularity of dog books, the glut, if you will, of dog related books now on the market.

This week's issue also has a brief article by Elizabeth Thomas Marshall author of one of the best non-fiction dog behavior books I've ever read, The Hidden Life of Dogs. (Once you've read this book you'll never look at your own dog in quite the same way again.)

The following list, though, is about fictional dogs and they all have one thing in common: they all have happy endings. (And they've all been published mostly within the last ten or so years. ) Yes, it's true, I will not, willingly, read a book where the dog dies in the end. That's my own particular bug-a-boo. When I'm looking over a novel where a dog plays a major part, I always check the ending first. Don't care who the author is. Don't care how much the book's been recommended. Don't care if I've loved the author's previous work. Nope. There are to be no fictional dead dogs for me, ever. Not if I can help it. (I've had enough of that in real life, thank you very much. My wizened old heart can only stand so much.)

So I guess you could call this my happy list and you wouldn't be too wrong and except for the last one, they're all, coincidentally, mysteries.

Of course, the first book on the list breaks my rule immediately. But it couldn't be helped, since the incident didn't happen at the end. But I managed to keep reading and accepted what happened since the writing was so good and the story so intriguing. And besides, there is another dog in the story who filled in almost immediately. How the author manages this touchy plot point is a tribute to her talent for story telling and to the charm of the dog who steps in to help carry the plot.

The book: SCENT OF MURDER by Cynthia G. Alwyn. I had assumed it to be the first in a series, but since I've not seen any other books by this author, who knows what happened.
At any rate, it's worth hunting around for this debut first published in 2001. This is the only book I've ever read to feature my favorite breed of dog, the Bouvier des Flandres. I've been lucky enough to have lived with two Bouviers in my life and I can state that their charm, their affability, their strength, their devotion, their self-awareness, their love of children can never be over estimated. They are purely wonderful dogs AND they don't shed.