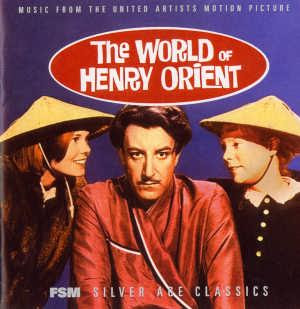 Tuesday's Overlooked (or Forgotten) Films is the weekly meme hosted by Todd Mason over at his blog, SWEET FREEDOM. Don't forget to check in and see what other overlooked films other bloggers are talking about today.

THE WORLD OF HENRY ORIENT, directed by George Roy Hill, screenplay by Nora Johnson and Nunnally Johnson based on a book by Nora Johnson, is a light-hearted, screwball comedy with slightly bitter edges. This is one of my favorite Peter Sellers performances, even if he plays an over-preening, egocentric pianist with no heart of gold. 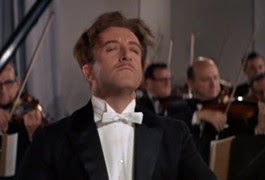 THE WORLD OF HENRY ORIENT is unique in that it is one of few 'coming of age films' to feature girls instead of boys facing the end of adolescence. Most importantly, we are made to believe in the two young girls' initial innocence and feel free to enjoy the fantasy world they invent. 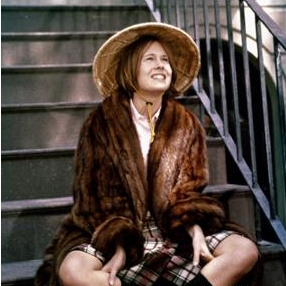 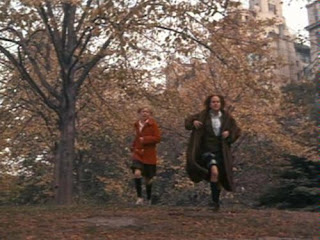 The girls attend a private school during the day - where they've recently met and become friends. Valerie comes from money, her father Frank Boyd (Tom Bosley) is some sort of business mucky-muck, the mother, Isabel Boyd (Angela Lansbury) is the coldly indifferent sophisticate mother with an eye for younger men. They live in a deluxe and impersonal penthouse, not much more than a place for throwing parties and having business meetings. 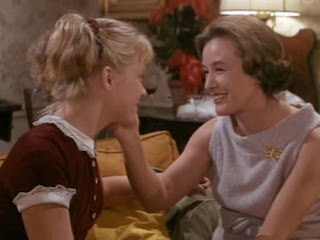 Valerie's friend Marian is more middle class, she and her widowed mother, Avis Gilbert (the wonderful Phyllis Thaxter), and her mother's friend (or sister-in-law, can't remember), Erica 'Boothy' Booth, (Bibi Osterwald) live in a cozy NY brownstone which in the film showcases the sense of permanence and warmth missing in Valerie's life. 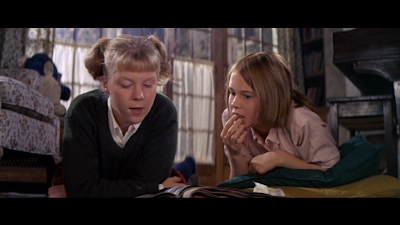 When Valerie develops a crush on pianist, Henry Orient - Peter Sellers with an American accent - they arrange to follow Orient, keeping him (unknown to the girls) from consummating an affair with a klutzy (and constantly frustrated) married woman, Stella Dunworthy (Paula Prentiss).  Orient is forever on the look-out for vengeful husbands.

The idea of 'stalkers' being endearingly funny is a strange one, but it works in this film. The girls mean no real harm, they're just indulging their capacity for mischief.
They write fables about Orient in their diaries and use his last name, 'Orient' as a point of invention - the girls wear coolie hats as they run about the city, somehow managing to upstage Peter Sellers at every turn. 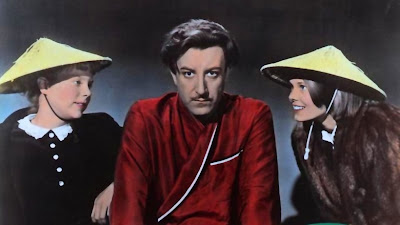 In the late fifties/early sixties, it was still generally possible for kids to use the city as a playground unsupervised, without coming to any real harm.

I grew up then, and a bunch of us who lived on the same block did this sort of messing about, running here and there, roller skating up to the entrance of the Hudson Tunnel and back, looking for mischief, inventing adventure. It was the best time to be a kid in New York.

When Valerie's mother Isabel, (the icy Angela Lansbury) spies her daughter's diary, she assumes that something untoward has occurred between the older pianist and teenage Valerie. But when she confronts Orient, she falls (rather ridiculously) for his tinny, superficial charm. 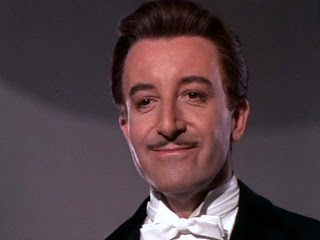 Sellers' Henry Orient is a sleaze over-burdened with a huge ego/libido combo. No one could do this sort of smarmy role better than Peter Sellers.

On one of their trips to Orient's apartment building to spy on him, the two girls hide in the stairwell and inadvertently hear Valerie's mother and Orient parting after an obvious afternoon tryst. Valerie is crushed and humiliated. She runs off. Marian doesn't know what to do to help her friend.

When Valerie's father, Frank - played warmly, yet with a steely substance - by Tom Bosley, finds out about this latest affair - it is one affair too many. There's A Scene and an eventual divorce. Valerie and her father sail for Europe and it isn't until months later that Marian sees her friend again.

The Boyds, father and daughter, return to the city to set up their home together, no more penthouses. They visit Valerie and her mother and there is some warmth implied between Marian's mother Avis and Frank, but nothing definite. Anyway, Valerie and Marian pick up where they left off. They dash up to Marian's room and begin dishing boys and make-up and fashions. Now the real mischief begins: BOYS! 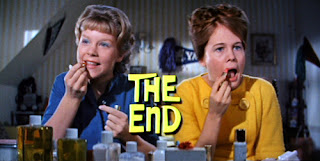