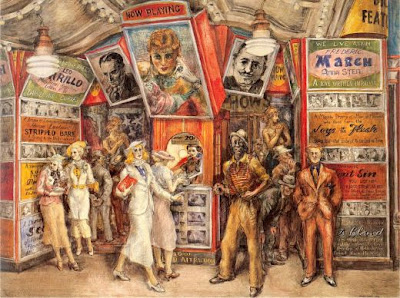 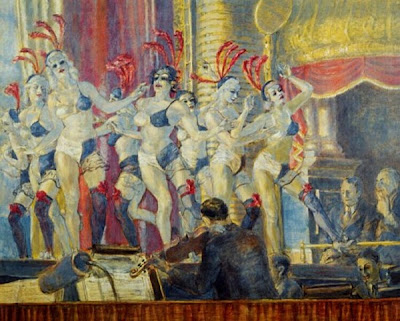 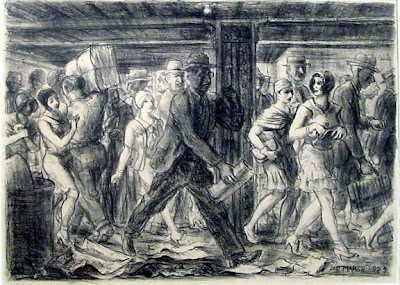 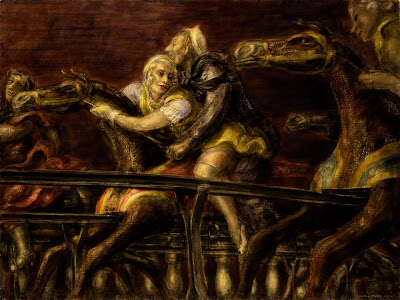 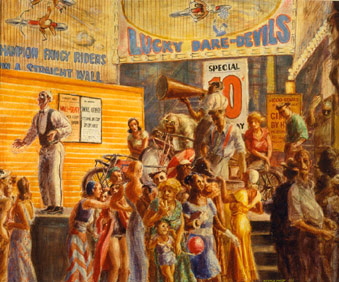 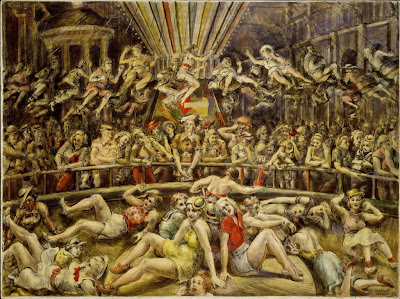 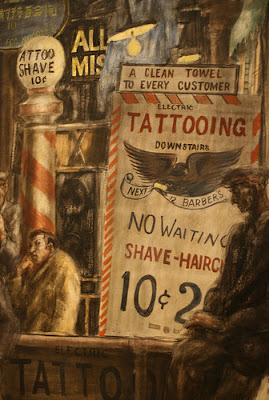 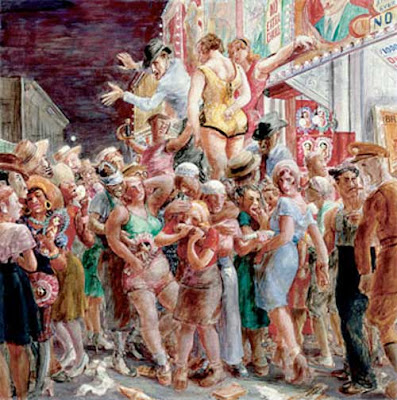 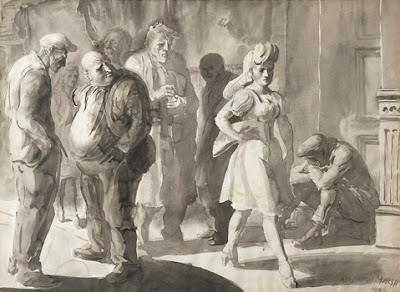 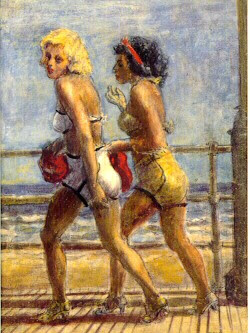 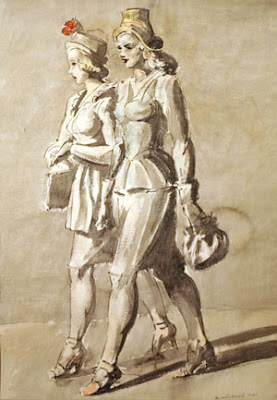 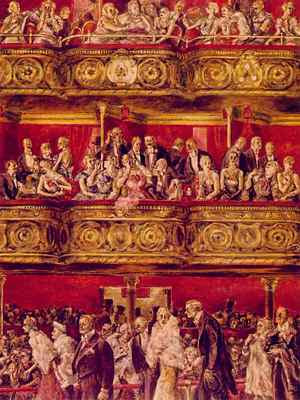 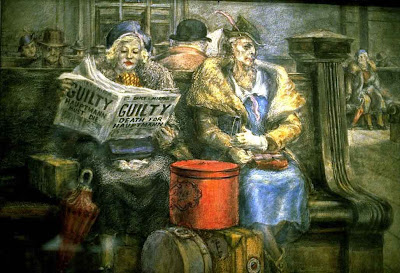 Reginald Marsh's incredible work as an artist had somehow escaped me until a couple of days ago I saw three of his paintings on Patti Abbott's blog. I was instantly smitten.

And I did.  Ain't the internet grand?

Reginald Marsh (1898 - 1954) was an American artist born in France. but he grew up in New Jersey. He is most notably known for his riotous, vivid in movement, paintings of NYC in the 1920's and 30's.  Marsh captured the hurly-burly of Depression era streets, crowded Coney Island beaches, the Bowery, burlesque shows and other assorted low-cost entertainments. All were fodder for his creative mind. When The New Yorker began publication in 1925, Marsh was one of their first cartoonists.

Interestingly enough, one of Marsh's early art teachers was famed American painter John Sloan. (Whose paintings of NYC, I featured on a Saturday Salon post a few weeks ago.)

Marsh's body of work comes under the label of Social Realism. Work that was heavily influenced by Marsh's admiration of Rembrandt, Titian, Tintoretto and Rubens whom he studied when he visited Paris again as a young man.

Later in his life, when Reginald Marsh taught at the Art Students League of NY, one of his students was Roy Lichtenstein.

To read more about Reginald Marsh, please use this link to his Wikipedia page and/or these other links.butlerart.com or artnet.com

Now for the Flash Fiction Challenge News. Patti Abbott will donate five dollars to Union Settlement, a social services agency in Harlem, currently in need of funding - for every short story we write and submit. The deadline is October 18th. So we need to start writing. (I'm in.) Please go to Patti's website, PATTINASE to get ALL the details. Don't delay.

The writing prompt is this: The story must be based on any one of Reginald Marsh's paintings.