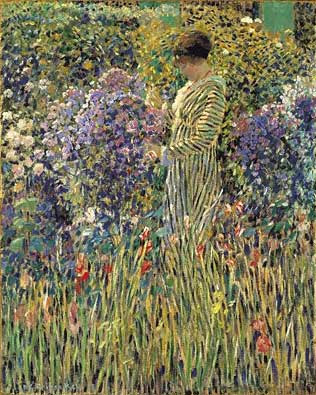 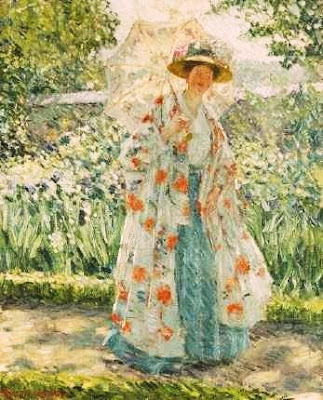 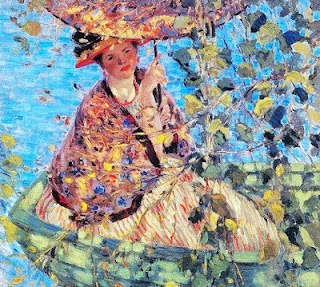 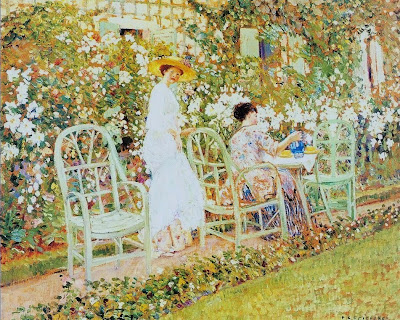 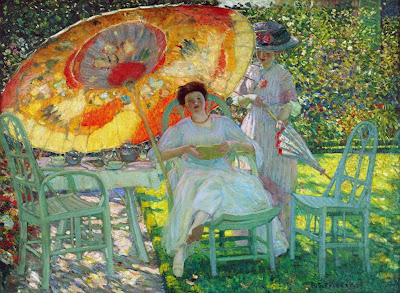 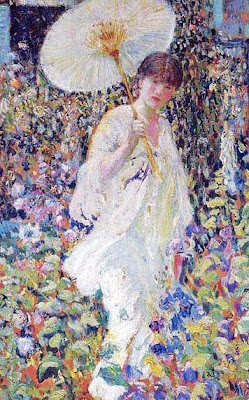 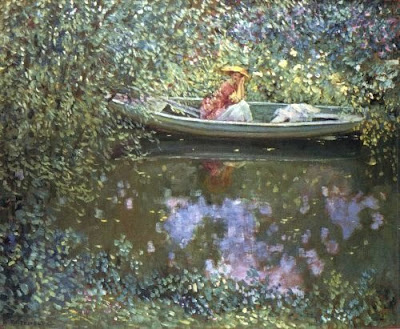 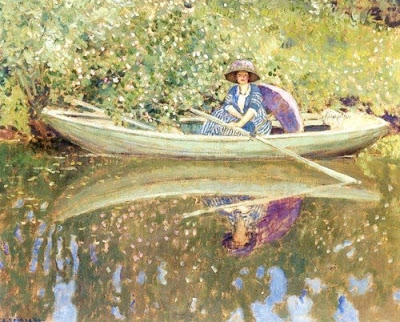 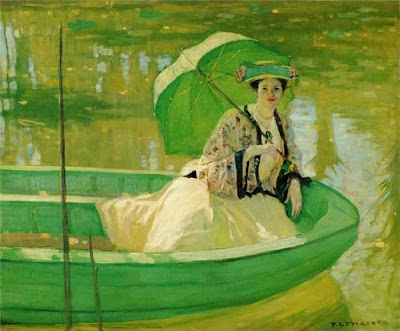 Frederick Carl Frieske (1874 - 1939) was an American Impressionist painter from Owosso, Michigan. Though born in the USA, he lived a great deal of his life in France, most especially in the village of Giverney, where Claude Monet had settled earlier. Frieske also lived in Normandy in later years. His work was exhibited both in France and in the United States.

Frieske studied first at the Chicago Art Institute, then in NYC at the Art Students League. He'd begun as an illustrator but then turned to painting and left for France to deepen his art studies.  He was influenced by Monet and James McNeill Whistler among other painters of the time. To read more about Frederick Carl Frieske, please use this link.

I am very fond of Frieske's use of color and pattern,  the seeming soft, slightly out of focus technique. There's something so luxurious about his work. It is, to my mind, quietly joyous. 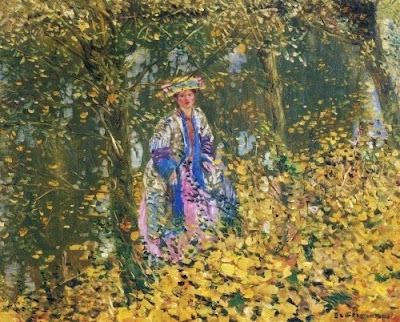