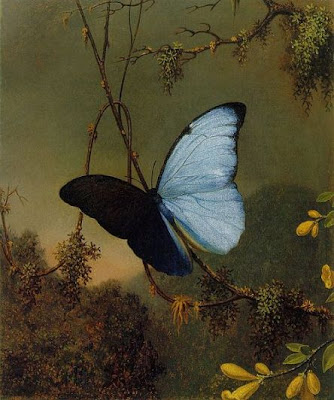 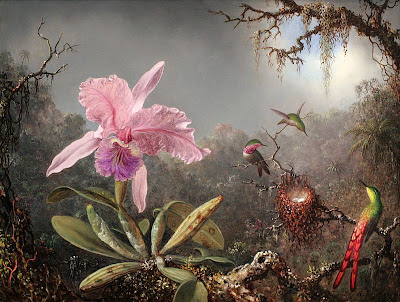 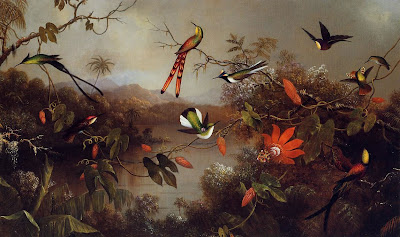 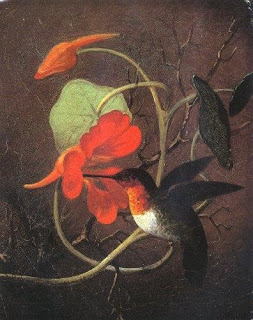 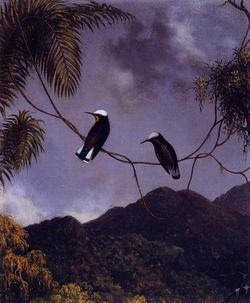 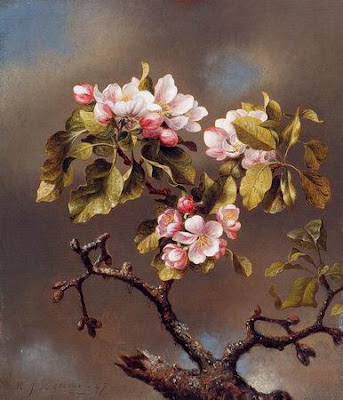 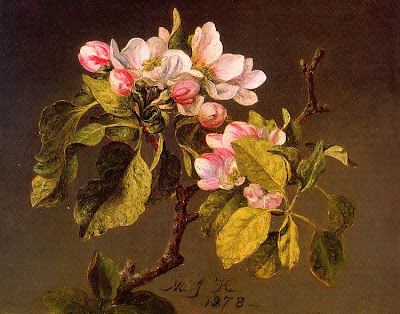 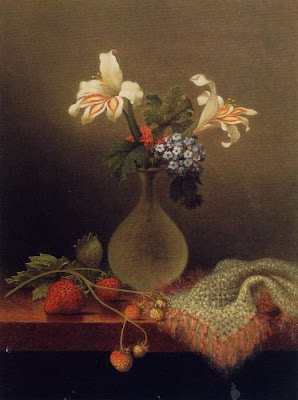 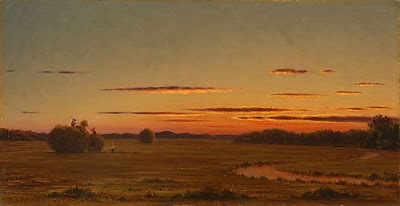 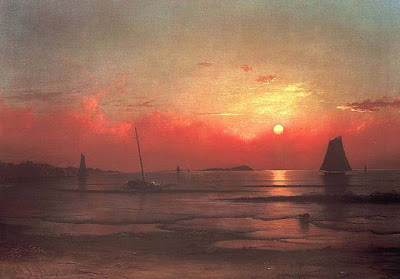 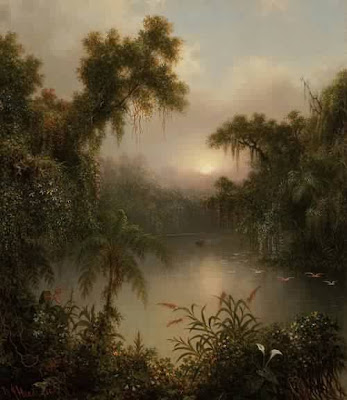 Martin Johnson Heade (1819 - 1904) was an American painter born in Lumberville, Pennsylvania. He received minimal training, but when young he was taught by the folk artist, Edward Hicks. Heade first exhibited his work in 1841 at the Pennsylvania Academy of Fine Arts, but it wasn't until 1848 that he began exhibiting regularly. He traveled to Europe and, according to Wikipedia, became a sort of itinerant artist.
Later, he developed an interest in  landscapes and around 1859, was living in New York, having taken up residence at the Tenth Street Studio building where many artists of the Hudson River School lived. Among them: Albert Bierstadt and Frederic Edwin Church.
Despite the influence Church and other Hudson River School artists had on Heade, some art historians are not precisely sure that he should be categorized as a member of that group.
Heade traveled extensively in South America as evidenced in his paintings of lush overgrown landscape, orchids and exotic species of birds.
He eventually married and settled in St. Augustine, Florida where he lived until his death.
There's something elusive about Martin Johnson Heade's work. His paintings are moody and maybe even other-worldly. It's the tone, possibly the subject matter, the combo of colors. These are paintings that have a sense of awe about them - especially the landscapes - while at the same time they exhibit a tendency to make the viewer uneasy.
To learn more about Martin Johnson Heade, please use this link. And this one.
To see more of his work, please check this link. 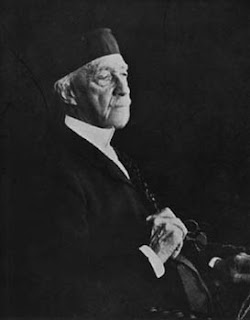 Martin Johnson Heade
Posted by Yvette at 10:00 AM