This week the theme is GHOSTS.

But, since I rarely read ghost stories, I've just barely come up with five. 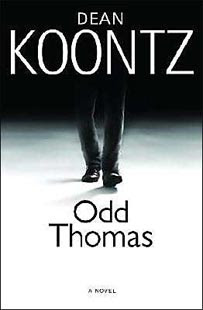 1) ODD THOMAS by Dean Koontz
Not strictly a ghost story as most of us think of ghost stories, but certainly ghosts show up here and there to make Odd Thomas (one of the great character names in literary history), the story of a self-effacing, short order cook who sees dead people, memorable. This is  a gripping and very affecting story. Heartbreaking, really. Koontz's masterpiece. 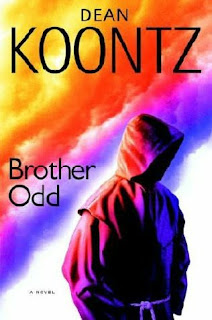 2) BROTHER ODD by Dean Koontz
My favorite of the Odd sequels as the former short order cook seeks refuge in a monastery, still plagued by the spirits of the dead still unable to avoid the machinations of evil lurking in the shadows.

3) NIGHT OF THE LIVING DEED by E. J. Copperman
The first Haunted Guesthouse Mystery. A fun story of a pair of ghosts (one's a murdered detective) who haunt a New Jersey guest house. The place is newly purchased and being renovated by Alison Kirby who's moved in with her ten year old daughter and lots of plans that don't, necessarily, include two intrusive ghosts.
The second book in the series is now available, by the way, AN UNINVITED GHOST. 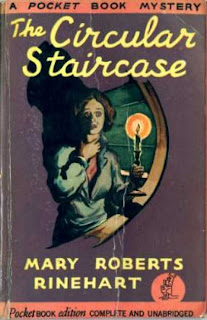 4) THE CIRCULAR STAIRCASE by Mary Roberts Rinehart
Not a ghost story per se, since the ghostly presence turns out to be very human - BUT, a story with all the spookiness and strange doings in a big old house in the country that make for a great and very satisfying ghostly story.
When Rachel Innes rents a huge mansion by the sea, offered at a suspiciously low price, she doesn't expect murder and things that go bump in the night to be part of the summer perks.

5) A CHRISTMAS CAROL by Charles Dickens
A haunting story of redemption that begins with a ghost and ends with the Merriest of Christmases. What more could you want?
Posted by Yvette at 2:54 PM